Not everyone is convinced of VR’s future

Since Palmer Luckey first unveiled his dodgy virtual reality prototype to John Carmack and a few other industry leaders, VR has been a hot topic for discussion and speculation. As the various versions have been released and we edge ever closer to a commercial iteration of hardware and software, even more converted have climbed aboard the hype train; but not everyone. In-fact, there are still quite a few people who believe it will go the way of 3D and become more of a fad that resurfaces every few years. Like developer of the original Deus Ex, Warren Spector.

With a history of game development and some tabletop RPG work, Spector has been a part of gaming for decades, so his opinion is worth considering more than a few others. He thinks virtual reality is a fad and that really, it boils down to people wanting to look cool, rather than the experience.

“I don’t think most humans want to look stupid (everyone looks stupid in a VR headset) and they don’t want to isolate themselves from the world. I mean, if someone’s sneaking up behind me with a baseball bat, I want to know about it, you know what I mean? And let’s not talk about nausea,” he said in a chat with GamesIndustry. 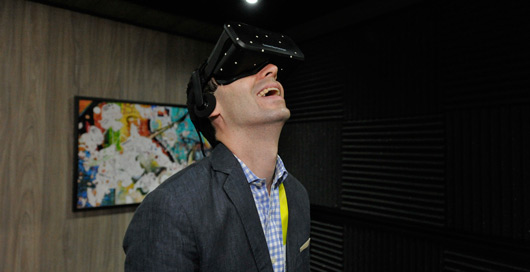 That’s not to say he doesn’t think VR will generate some commercial applications. Dedicated VR centres and certain hardcore gamers he believes will adopt the technology, but he doesn’t think it will get much bigger than that and certainly won’t reach the heady heights of wide-spread consumer acceptance that Oculus VR believes it will.

If anything though, it’s the practical applications that he thinks will work more. Office meetings and social networking in VR could be great he says, but not entertainment.

Instead, Spector is putting his eggs in the augmented reality basket, since that gives people a feel of virtual reality, without detaching them from the real world.

KitGuru Says: I know what he means. I have to be in a specific mood to want to game in VR as you do become detached. But it’s a pretty amazing kind of detachment.