If you thought Elysium was dull, overlong and had only one (barely) passable feature – the super power making exoskeleton – you’d be right. But if you also thought that it’ll be a long time before we’re able to put together that sort of technology, you’d be wrong. At the start of the World Cup this year, a paralyzed teenager will kick the first ceremonial ball, aided only by a brain powered exoskeleton.

Ok they’re not going to be punching people really hard or whatever else it was good for besides the poster shot – seriously did Matt Damon do anything interesting with that suit in the movie? I barely remember and I only watched it two weeks ago – but the fact that someone who previously couldn’t locomote themselves can then stand and complete a maneuver that involves standing on one leg and distributing weight and power from one to the other, should be very impressive. 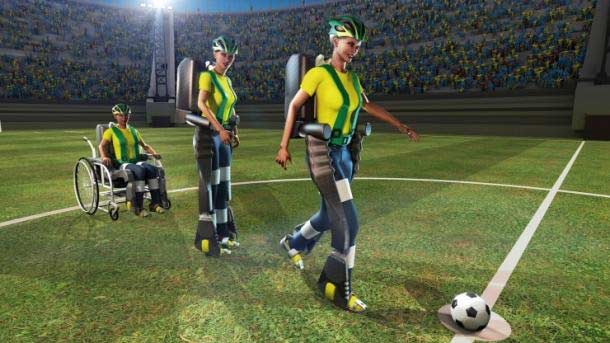 This is all thanks to the Walk Again Project, a non-profit collaboration between a bunch of different educational organisations and medical science initiatives, which developed “microwires,” which are able to detect very specific electrical signals from the brain and translate that to movement in the exoskeleton. So far these wires have been implanted in the brains of rats and monkeys to achieve the same results, but with further improvements it’s set to be applied to a human.

Never fear though, those wires won’t be going into the teen’s brain. They’ll instead be using a non-invasive head piece that performs the same function as the wires. Before being equipped with it though, the young person taking on the role of our first cyborg will be trained in virtual reality to use their new limbs.

KitGuru Says: It’s good to know that if we ever bump into a Xenomorph alien race, that we’re heading towards a time where we’ll easily be able to box a queen into submission with a giant robot cargo lifter.