Microsoft Corp. has quietly started to ship an updated version of its Surface Pro 2 tablet with a new microprocessor inside. The new CPU works at higher clock-rate and provides better performance compared to the one that Microsoft used initially with its latest slate.

The software giant did not make any formal announcements on the matter, but simply started to ship versions of the Surface Pro 2 slates with higher CPU performance. Keeping in mind that the price that Intel charges for Core i5-4200U and Core i5-4300U is the same $281 (official price for 1000-unit quantities), a higher-performance option makes a lot of sense for Microsoft, which is trying hard to make its tablets more competitive. Still, an upgrade of the product two months after its release is a surprising one. 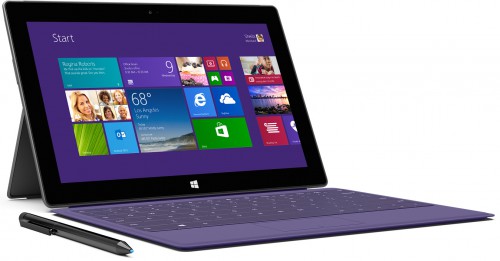 “Microsoft routinely makes small changes to internal components over the lifetime of a product, based on numerous factors including supply chain partnerships, availability, and value for our customers. With any change to hardware or software, we work to ensure that the product experience remains excellent,” a statement by Microsoft reads.

Surface Pro 2 is based on Windows 8.1 operating system and was designed to correct disadvantages of the original Surface Pro that was released in early 2013. Surface Pro 2 is aimed mostly at business and enterprise customers who need compatibility with legacy programs developed for x86 microprocessors.

KitGuru Says: A free upgrade is always welcome. But how do early adopters of Surface Pro 2 feel now with slower devices?