Swedish piracy numbers now some of the lowest in the world

Although hardly the biggest country or even the one with a historic number of pirates, Sweden has been at the heart of the debate about online file sharing for as long as it has existed. As the home base of the Pirate Bay, the founding point for the now Europe spanning Pirate Party political movement, Sweden is often twinned with the very idea of organised file sharing and yet, a new survey has suggested that it now has one of the lower rates of piracy in the world.

This wasn't always the case. While never a big player on the global stage, according to a study conducted by the Business Software Alliance in 2011, 25 per cent of Swedish web users were regular pirates, that is, they downloaded copyright ‘protected' material without paying for it. Now that figure sits at much closer to 18 per cent. This, despite the fact that more Swedish nationals are online now than ever before.

In comparison, just a few years ago some countries like Algeria, China and Indonesia had rates upwards of 77 per cent. 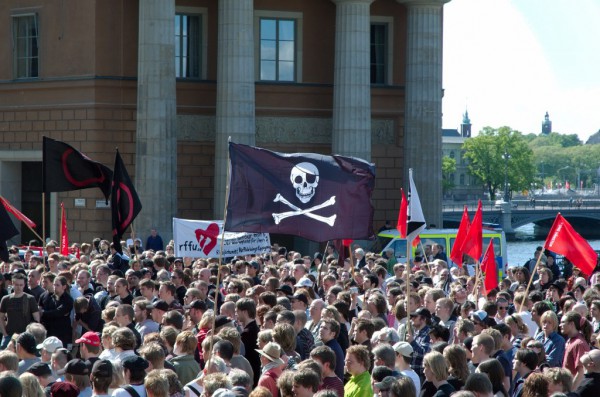 This number comes from a new study called Swedes and the Internet, published by the Internet Foundation in Sweden, which found that the biggest drop off in pirating had come in the traditionally much more piratical group: the 12-25 category.

However more people than ever before are watching video online, so how is that possible? Because many more are now using legitimate services like Netflix, and Amazon Instant Video. The same goes for music. As TorrentFreak points out, 77 per cent of web users listen to music online, with over half of them paying for it. That represents a near four fold increase over just four years ago, where 15 per cent claimed to pay for music.

Funnily enough however, the study found that many of those paying for legitimate services were also pirates and in-fact the larger the pirate, the more likely they were to pay for content as well.

KitGuru Says: This study continues to solidify the idea that media pirates, tend to be the biggest media consumers. Satiating their desire for movies, music and games is the big challenge for any content provider, whether legitimate or no.