Elon Musk confident of first-stage rocket landing within a year

The space race was arguably the best thing to come out of the Cold War. It would be insensitive to suggest that all of the problems it wrought on the world were worth getting people to the moon, but the competition of major powers trying to outdo each other in a race to reach the heavens led to some wondrous developments. Perhaps a commercial space-race then can be much more gentlemanly and it seems we've entered one, with Space X CEO Elon Musk backing his company's ability to land part of its Falcon 9 rocket on a recovery barge within the next 12 months. 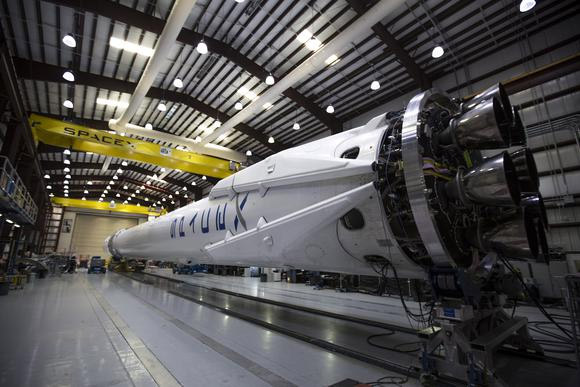 “We haven't yet achieved it. I think what we've done thus far is evolutionary — not revolutionary,” Musk said of Space X's reusable developments so far. But as it improves upon recent failures, he's confident that it won't be long until Space X gets it right.

“I think we're within, sort of, shooting distance of this. I think within the next year, we'll be able to land the rocket intact,” he said during an interview at the 2015 Baron Investment Conference (via MotleyFool).

This confident stance, that Space X will be able to prove its re-usable rocketry concept does work – saving potentially tens of millions of dollars per launch – is perhaps more calculated than it seems. It comes just days after the joint partnership between Boeing and Lockheed Martin – the United Launch Alliance – announced that it too was working on a re-usable rocket design. One that used entirely American made engines, which Musk had previously poked fun at it for not doing with previous designs.

While the ULA's solution will be ready to launch we're told, by 2019, Space X's design is much closer to reality. Although it has yet to successfully recover the first stage rocket intact, its last landing attempt was almost successful, with only an overshoot at the last second causing it to topple over. The last launch of the Falcon 9 famously exploded before first stage separation however, so has been grounded since for testing.

[yframe url='http://www.youtube.com/watch?v=BhMSzC1crr0′] Close, but no cigar. Space's Rocket's last attempt at landing on the barge was its closest yet.

There is also the challenge presented by the refurbishment of the rocket components. While the Space Shuttle program was famously partially re-usable, the maintenance required made it almost redundant in terms of costs. Space X is hoping to change that paradigm and ULA will be hoping to do the same.

The next Falcon 9 launch is pencilled in for some time in December, where it will utilise the new v1.1 launch vehicle, capable of delivering up to 30 per cent more power.

KitGuru Says: A space race without the threat of nuclear war sounds like a perfect scenario for fans of cosmos exploration. Do you think Space X will be able to land that first stage rocket on the barge next time around?