While electric cars might be quiet, economical and much more futuristic-feeling than the gas guzzling vehicles we’ve been used to for the past century, they do have a number of drawbacks: namely charging time and a relatively short distance per charge. However, if you drive carefully, keep the air conditioning and the stereo off, you can go much further than you’d expect, like these two guys did when they broke the distance record for a Tesla car. 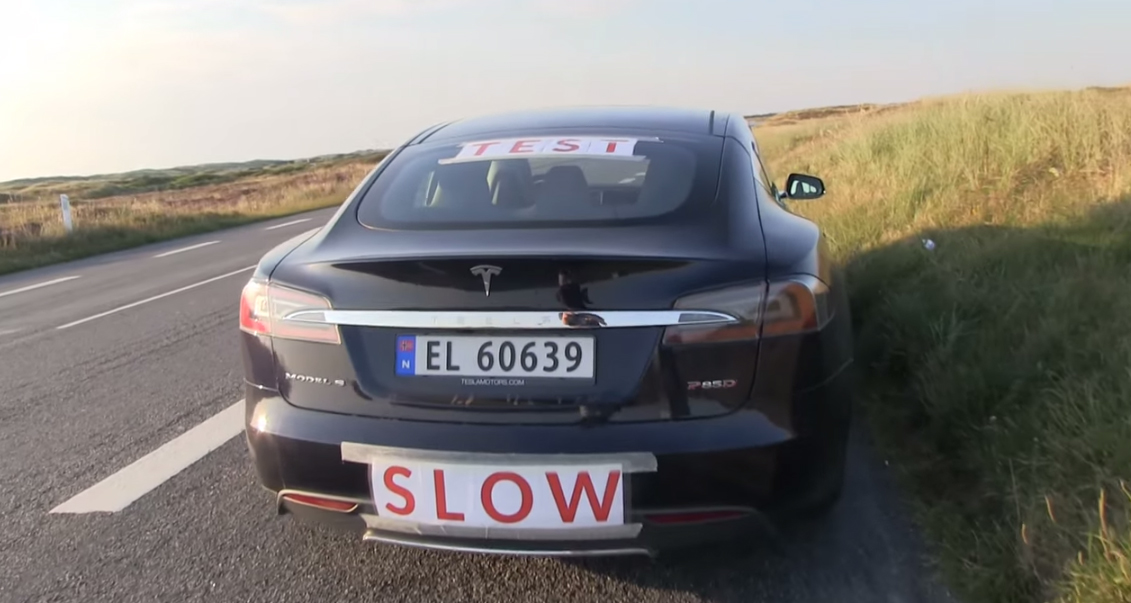 Although there are some electric vehicles that have gone a little further, for a Tesla Model S P85D, which is essentially a performance saloon to travel near 453 miles on a single charge is a huge achievement. It can’t have been much fun for the drivers, who had to tolerate 25 miles per hour for hours on end, but it’s an impressive achievement nonetheless and the furthest a Model S has ever driven on one charge.

You would imagine they could have extended it by quite a margin too, if there had only been one occupant in the car, as that extra weight won’t have helped. However, the record breakers did disable the rear motor – the S P85D has two – so as to further increase efficiency, so they almost went the whole hog.

They even managed to get some attention from the head of Tesla – and wannabe Bond villain – Elon Musk. As much as Musk is excited by the potential for electric cars though, you know he’s played a lot of Transport Tycoon as he’s doing what all good engineers do: look to trains for the future.

KitGuru Says: Now let’s stick some solar panels on this thing, add a few of those spray on batteries and we’re set. Drive forever. Ish.