With Radeon RX 6000, RDNA 2 equipped next-gen consoles and Nvidia's own RTX GPUs, there are plenty of ray-tracing capable graphics cards in the wild. In this feature test, camera rays are traced across the field of view with small random offsets to simulate a depth of field effect. Frame rate is determined by the time taken to trace and shade a set number of samples for each pixel. The sample count can be adjusted to see the impact it has on performance and finally, the benchmark renders at 1440p. 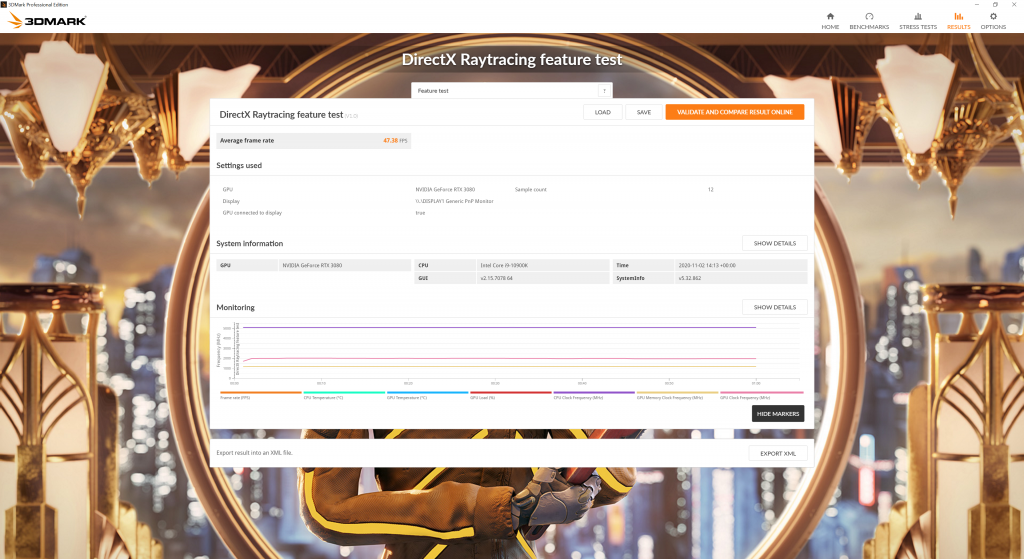 Above you can see the results of a test run conducted by our GPU guru, Dominic Moass with an RTX 3080 and the standard KitGuru benchmarking system.

The benchmark includes an interactive mode too, allowing you to feely move the camera around the scene and take screenshots.

The DirectX Raytracing feature test is available now as a free update for 3DMark Advanced Edition from Steam and the UL Benchmarks website.

KitGuru Says: Will many of you be putting your GPU to the test with this new benchmark? If you do, be sure to let us know your results!