AI watched 600 hours of TV, learned to predict what happens next

It has been a number of years since Awsomo made its debut in South Park but it looks like Hollywood may get its movie expert robot yet as researchers at MIT's Computer Science and AI lab developed had an AI watch 600 hours of TV clips, and using deep learning, it managed to start accurately predicting what would happen next.

The experiment was essentially trying to teach the AI how to predict human interaction based on clips from TV shows like The Office and Scrubs. The AI was shown clips of people one second away from hugging, kissing, high-fiving or handshaking and sure enough, it was eventually able to predict correctly, though not quite as well as humans. Humans were able to get the right prediction 71 percent of the time, while the AI got it right 43 percent of the time. 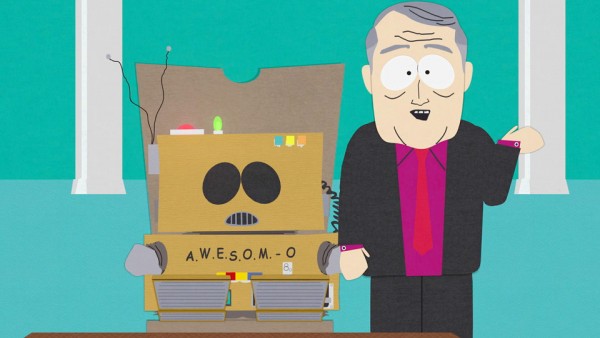 Jokes about movie-making robots aside, as Futurism points out though, this could start to pave the way for far more useful things like smarter home assistants or intelligent security cameras that could see a break-in or crime coming. Experiments like this have happened in the past, so having AI make predictions based on clips found on the internet isn't new, but this is one of the most accurate outcomes so far.

Previous Twitch to follow Valve’s lead and clamp down on CS:GO gambling
Next The EU has a new batch of antitrust complaints for Google