EE is recalling Power Bars due to fire risk

Following the unfortunate news that an EE Power Bar caught fire and caused injury to a student last week, the company has gone ahead and issued a recall for some models. EE began giving out Power Bars to some customers earlier this year as part of a promotion, unfortunately, some of them are faulty and pose as a fire risk.

While at the time, EE claimed that the fire that occurred was a ‘one-off’, the company has since changed its tune following further investigation. If any of you have an EE Power Bar, then you need to check which battery code you have. If you have the battery model number E1-06, then it needs to be sent back to EE. 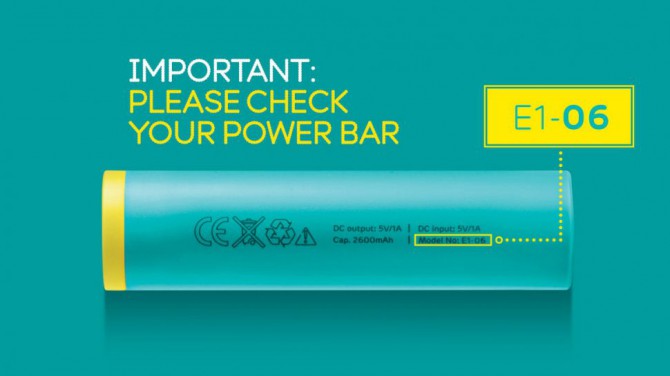 If your Power Bar has any other battery model number on it, then you should be fine. If you have an E1-06 model, then EE advises that you stop using it immediately. You can find full instructions for the recall, HERE. Though EE is also accepting returns at its retail stores.

“It’s our intention to replace these chargers once we’ve completed our investigations; we’ll be in touch once these have been concluded”, an EE rep said. “We’re really sorry for any”. inconvenience this may cause.

KitGuru Says: EE is making the right move here. While only one Power Bar has actually failed so far out of thousands, the company would have a legal and PR nightmare on its hands if more started catching fire. If any of you have an EE Power Bar then make sure you get it sorted to be on the safe side.

Previous The Mafia 3 trailer is out, story details released
Next MSI overclocks DDR4 memory to 4605MHz on latest platform