HTC is now getting involved with the eSports scene in an effort to update its brand image and be seen as something more than just a smartphone maker. The company now sponsors Cloud9, Team Liquid and Team SoloMid, three prominent professional teams.

Team Liquid welcomed its new Taiwanese sponsor in an announcement. HTC's three sponsored teams all compete in many competitive games like Dota 2, Counter Strike: Global Offensive and League of Legends. HTC isn't the first tech company to get involved with eSports though, other companies like Alienware, Asus, Razer and Gigabyte are all heavily involved with professional gaming. 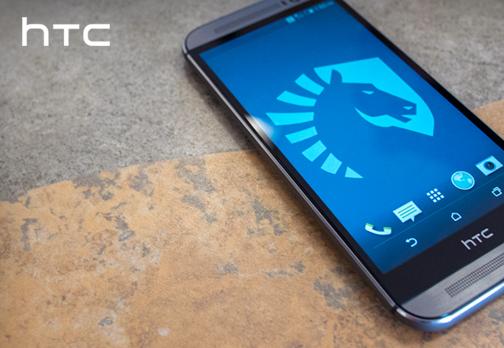 However, those other tech companies also create gaming hardware, peripherals or complete systems, while HTC is primarily a mobile company, something the company may be hoping to change this year.

Speaking with The Verge at CES earlier this year, an HTC rep said that 2015 would be a “transformative” year for the company and teased new products aimed at the home entertainment market. The company's new involvement in the competitive scene is directly tied to products it plans to reveal during the 1st quarter of 2015.

KitGuru Says: HTC isn't the sort of company we would expect to join the eSports scene but it will be interesting to see what it has up its sleeve for gamers this year. Could HTC become a serious competitor in the gaming tech market?