A crowd funding campaign has been launched on Indiegogo to bring out the world’s first 3D, 360 degree camera, which can be used to film video for virtual reality headsets to make you feel like “you are at the centre of the action”. The campaign is aiming for $25,000 in funding, which shouldn’t be too hard to achieve as they only need to sell 5 cameras to hit that goal.

The specifications of the Panocam3D include:

Pricing for the camera is a little weird, if you’re just looking to back the idea then there is five tiers to choose from: Iron, Bronze, Silver, Gold and Diamond. These tiers range from a $5 donation all the way up to $100, however the camera’s are much more expensive. If you live in the US, the camera will cost you $3,999 if you’re one of the first ten to buy, however, due to VAT and custom duties, those of us inside of Europe will have to pay almost $1000 more, bringing the total to $4,799 for early backers. Late backers will have to pay $4,999 in the US and $5,999 in the EU. 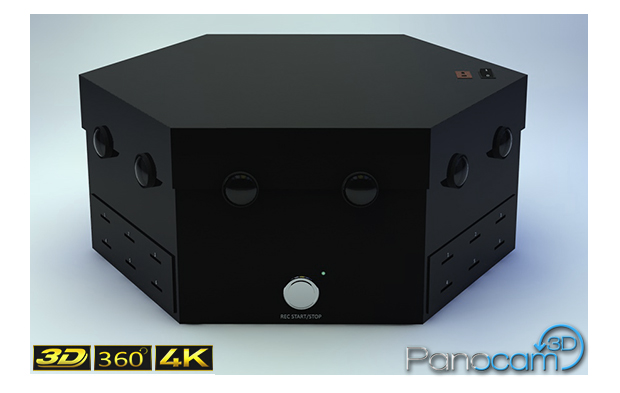 While it would be cool to use this camera to capture 360 degree footage of real world environments and then play it back in virtual reality, there doesn’t seem to be a camera capturing what is above you, which means you wouldn’t see anything while looking up with a VR headset on. Another important thing to touch on is the expense of the cameras in relation to main funding goal, at the time of writing, the campaign only needs to sell two more cameras in order to meet its full goal, which either means the cameras are fairly overpriced or the people behind the campaign weren’t realistic with their funding goal.

KitGuru says: It’s an interesting concept but the $25,000 goal doesn’t seem realistic. However, we want to know what you guys think, would you guys like to see a camera that films video specifically for use on VR headsets?