Kickstarter has hit a pretty massive milestone today, the crowd funding site has passed $1billion in pledges across 5.7 million people from all seven continents. More than half of those pledges came from the last 12 months alone and in order to commemorate this, a page has been set up to highlight every statistic you could think of including; which countries raised the most money, how many people backed more than one project and the many things you could do with $1billion. 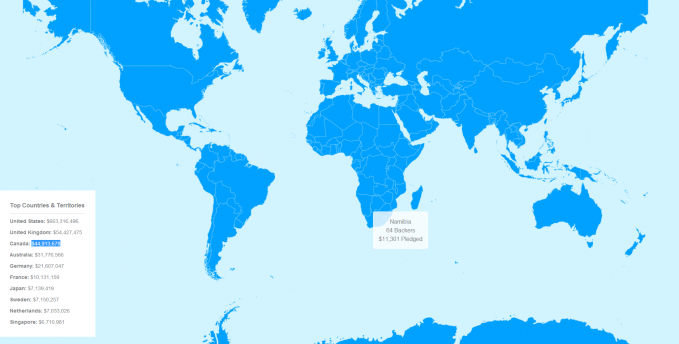 According to Kickstarter the most money is usually raised on a Wednesday and projects also tend to see more money during the first half of the month. It’s not all about the numbers though, the company took the time to highlight some of its best users:

KitGuru Says: Kickstarter has helped a lot of projects come to life since its launch, now anyone with a great idea and the know-how can make it happen. There has been some project creators that took the money and bailed but lets not let a few bad eggs spoil the bunch, ultimately Kickstarter is a good thing. Have any of you guys backed a project on Kickstarter?