After plenty of extra time in development, Lenovo is now officially ready to launch the world's first foldable PC. The Lenovo ThinkPad X1 Fold was first unveiled last year, with a more recent prototype shown at CES 2020. Now all these months later, the device is ready for prime time, although it is very expensive.

Like the Samsung Galaxy Fold, the Lenovo ThinkPad X1 Fold has a crease in the screen, allowing you to fold it all the way shut, or open it all the way into a tablet-like form-factor. Unlike Samsung's smartphone though, this is a fully functional PC, complete with a 13-inch OLED display, an optional detachable keyboard, an easel stand, dual USB-C ports, 8GB of RAM and more. 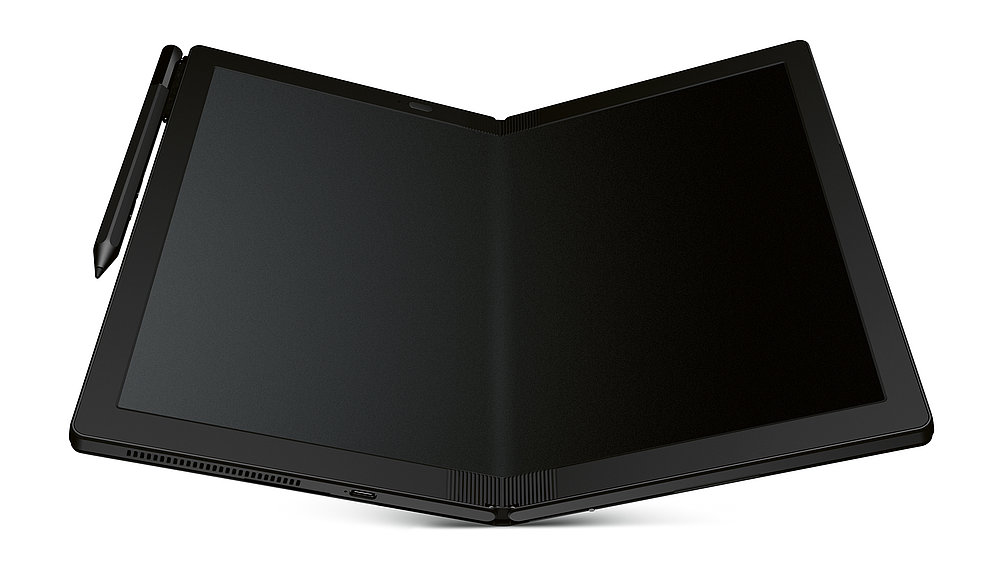 You get up to 1TB of storage, an Intel Core i5 processor using Intel Hybrid Technology and a 50Wh battery. Finally, the system also takes advantage of new wireless technologies like 5G and Wi-Fi 6.

The Lenovo ThinkPad X1 Fold is launching with a $2,499 price tag and depending on specs and accessories, the cost can rise to over $3,000.

KitGuru Says: The world's first foldable PC has arrived. Is this a concept that you think will take off?