LG is making a big push with its TVs this year at CES, not only has it introduced a new range of stunning 4K OLED TVs, but now it has also shown off the world's High Dynamic Range (HDR) 8K TV and it is massive, measuring in at 98-inches.

Being an 8K display, the exact resolution of the TV is 7680×4320, which is eight times the number of pixels found on a 1080p display. On top of that, LG's UH9800 makes use of an IPS panel, which should allow for a much better colour experience, especially with HDR enabled. 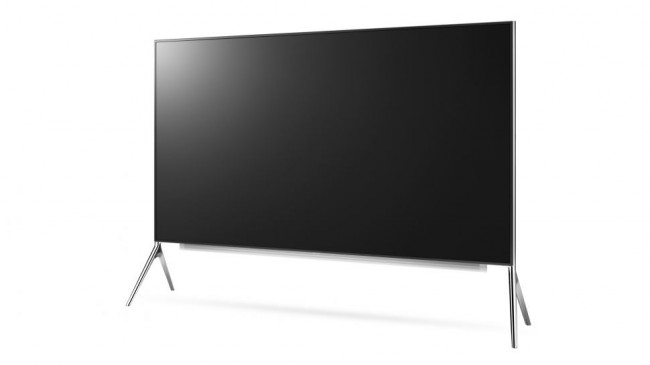 This TV will also include a Super MHL connection, which is a new interface that can be used to display 8K content over a wired connection. That said, we're still struggling to get to a healthy level of 4K content, so 8K may still be way off.

As with all of LG's upcoming TVs, this one will support WebOS, which is where users will be able to get their hands on apps for streaming and catch-up services like Netflix. Unfortunately, LG hasn't shared any pricing or availability information just yet but you probably shouldn't expect to be able to afford it.

KitGuru Says: This sounds like quite the sight to behold but I doubt I'll ever end up being in the presence of this TV. What's the most any of you have spent on a TV? Do you tend to try and get the best picture possible, or are you just happy with anything as long as its 1080p? I cheaped out pretty hard on my TV though I am looking into getting a nicer one this year.