Microsoft to bring Windows Holographic to Windows 10 PCs next year

Microsoft has been working on Augmented Reality technology for a while now but it looks like things are going to pick up again next year with the launch of the WIndows Holographic platform, which aims to make all Windows 10 PCs compatible with devices like the Hololens, or even Intel’s just announced ‘Project Alloy’.

Terry Myerson, Microsoft’s head of the Windows and Devices Group came on stage at the Intel Developer Forum today to announce that next year, Windows 10 will be getting an update to add a holographic shell, which enables an entirely new experience for multi-tasking in mixed reality, blending 2D and 3D apps at the same time. 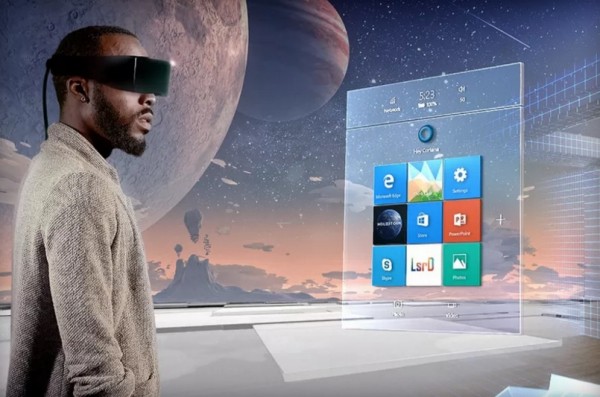 This will make all mainstream Windows 10 PCs compatible with holographic, Augmented Reality or Mixed Reality devices. If you want to see what the holographic shell looks like in use, Microsoft has uploaded a demo video, with the software running on an Intel NUC at 90 frames per second.

KitGuru Says: While Virtual Reality has been quite exciting for gaming, when it comes to computing and multi-tasking it seems that mixed reality and augmented reality devices are leading the charge. Microsoft and Intel are already at the forefront of this with both hardware and software support, so it will be interesting to see how soon we see consumer devices hit the market. Are any of you guys excited about augmented reality?

Previous Intel shows off Project Alloy, a ‘mixed reality’ wireless headset
Next Twitch is swallowing up the entire Curse brand