It looks like Microsoft wants to get into the smart home business and it will be using Cortana to make it happen. Cortana has been Microsoft's digital assistant for mobile and Windows for quite some time and now, Cortana will be hitting smart home devices, like Harman/Kardon's new Amazon Echo competitor in 2017, alongside other bits of upcoming hardware.

Harman/Kardon is Microsoft's first third-party partner working to bring Cortana to smart home devices. The first product will be a cylindrical speaker powered by Cortana, capable of listening out for commands and helping with certain tasks, similarly to Alexa and the Amazon Echo. Specifically, Cortana devices will have “real-time, two-way audio communications with Skype, e-mail, calendar and list integration”. 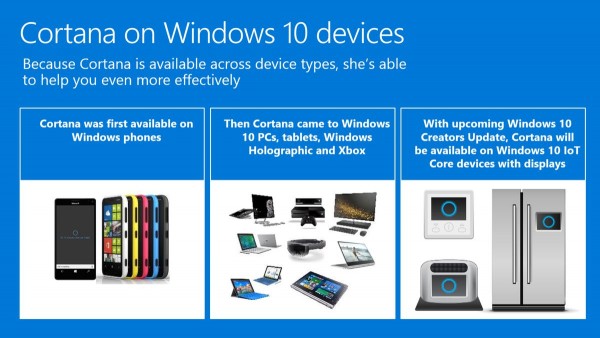 Microsoft first began talking about bringing Cortana to more devices at the WinHEC conference earlier this week. The company used Internet of Things devices like fridges, toasters or thermostats as examples of things that could benefit from Cortana integration. However, those devices may be coming later down the line.

Aside from that, there is the possibility that Microsoft may release its own stand-alone Cortana powered device at some point, though we have no idea what this might be. The Cortana Devices SDK is now available to OEMs in preview form, so we can expect to see more in 2017.

KitGuru Says: There was a lot of buzz around Cortana back when it was first announced for Windows Phone but smart home devices are quite different. What do you guys think of smart devices like the Amazon Echo and this new Harman/Kardon speaker? Do you think AI interaction will become a normal part of daily life over the next few years?