Pebble has become quite popular with its line of smartwatches, with two successful Kickstarter campaigns under its belt, the company has now announced its next smartwatch, the Pebble Time Round. The round-faced Pebble will look more like a traditional watch, with a very thin body, though it will make some sacrifices when it comes to battery life as a result.

Pebble claims that its new round smart watch is the “thinnest and lightest” in the world, coming in at 7.5mm thick and weighing 28 grams, which is thinner and lighter than the Apple Watch. The new watch will come in Black, Silver and Rose Gold colour options with band sizes of 20mm or 14mm. 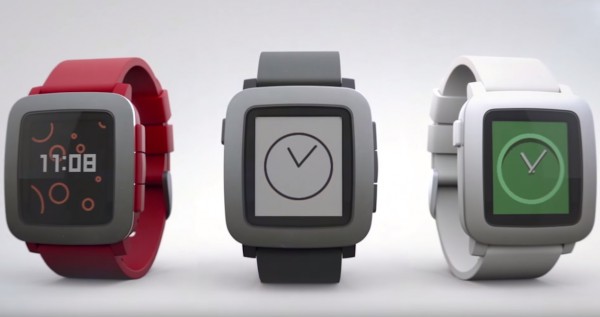 The Pebble Time Round will retain the same e-paper screen and software as the other Pebble Time watches, though it won’t be fully water resistant. It should be able to withstand the odd splash here and there but that is about it. The watch will retail at $250 with shipments set to go out in November in the US. Those in the UK will be able to get it before the end of the year and EU availability will arrive next year.

KitGuru Says: I do tend to prefer round smart watches and it seems that Pebble has done a great job with design. Do any have a Pebble watch? Or even another smart watch? Do you use it often?

Previous Sony’s consoles are finally going to get proper Twitch apps
Next The Witcher 3 will be getting patch 1.09 soon