UK ISP’s are now on board with the entertainment industry as a new deal has been struck to help combat piracy in the UK. The Voluntary Copyright Alert Programme has been debated for around four years now according to the BBC, but it is finally coming to life soon.

Rights holders will be monitoring the IP addresses of suspected pirates and then forwarding that information on to the ISP’s who will double check against usage logs. If the ISP’s can confirm the suspicions of rights holders then a letter will be sent to the account holder.

Records of accounts that have been caught pirating will be kept by the ISP for one year and monthly action reports will be sent to copyright holders. However, these reports won’t identify copyright offenders as there is no way of knowing who was actually using the account at any given time.

Participating ISP’s can only send out a total of 2.5 million warning letters per year but the cap will increase if more providers get on board. There can be up to four warnings sent to account holders, each one will escalate in severity although there isn’t any information on what will happen to repeat offenders.

BT, Virgin, Sky and TalkTalk are already signed up and as you might expect, they are being paid to do this. Each provider will receive £750 from rights holders or 75 per cent of the total cost to fund the action along with an extra £75k per year.

KitGuru Says: The big ISP’s are already on board so its only a matter of time before more follow, UK internet is losing its freedom quickly as our providers are just giving in to the demands of media lobbyists and the government. We still don’t know what will happen to repeat copyright offenders either but it probably won’t be long before we find out. 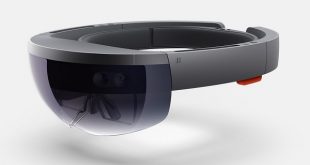