Popcorn Time sneaks on to iOS

Popcorn Time, the so-called ‘Netflix for pirates' has managed to sneak its way on to iOS without the need to jailbreak your iPhone or iPad. The app is already available on most other major platforms but breaking on to Apple's terrain took a little extra work.

The piracy app has not been approved by Apple and is not available on the App Store, as you would expect. However, there is an installer that you can run on Windows or OS X, which will get the app on to your device. 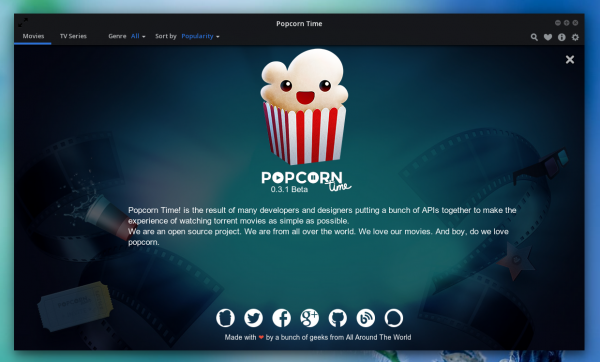 The app is currently in beta and obviously now that it is out there, Apple is probably going to be trying to find a way to get it off of its platform, although how long that will take remains to be seen. The app contains a built-in VPN service, which will hide a user's identity, though it may end up slowing down your streaming speeds.

There are also some other security risks that come with installing an app that has not been checked over by Apple to ensure that it doesn't pose any risk to users. Popcorn Time's iOS app launches today on the one year anniversary of the service.

KitGuru Says: While using a service like Popcorn Time can be considered morally questionable, the service is built on a pretty good idea. If media companies would spend less time fighting these better solutions and more time embracing them, then we would end up with far better legal avenues to watch TV shows and movies.