It gets a bit more impressive, right now, the device can tell the difference between people used in tests and even analyse a person’s breathing pattern and heart rate. There’s a short little video that explains the whole thing quite well: 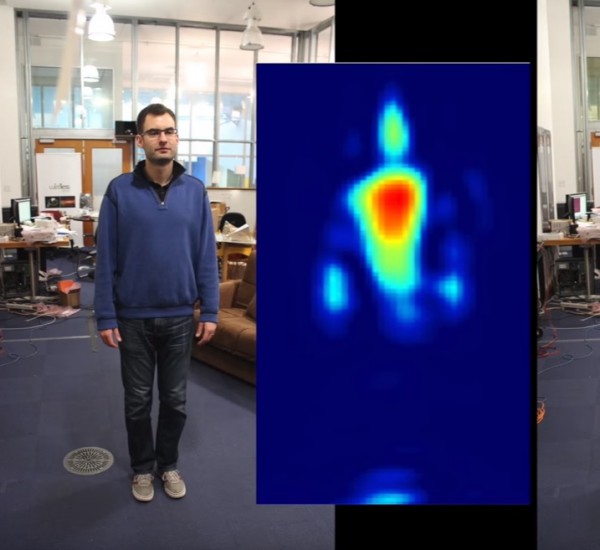 According to the MIT news post, the people behind the project can see RF-Capture being used for smart homes, Hollywood and even virtual reality. As far as movies go, with some refining, RF Capture could be used to enable motion capture without body sensors, while also tracking movements behind furniture or walls. For smart homes, the device could be used to operate lights, TVs or adjust heating depending on where you are in the house.

The technology works by making a 3D scan of the room for capturing but since 0nly certain parts of the human body can reflect wireless signals, the device also monitors how reflections vary as someone moves in the environment, which allows a silhouette image to be put together based on a reconstruction algorithm.

KitGuru Says: This is pretty interesting new technology. I do wonder how far the researchers can take it, or if a larger company will want to acquire it for commercial applications.

Previous OnePlus had a wearable planned, but ditched it right before launch
Next Mirror’s Edge Catalyst release date pushed back a bit