Solar Roadways Indiegogo project is closing in on $2 million

The Solar roadways project took the internet by storm when it first went up for funding on Indiegogo. The project has already surpassed its $1 million goal and now it looks to be closing in on the $2 million mark, bringing the world changing project closer to reality.

The initial funding is only going to take the project so far, it’s going to allow for the Solar Roadway creators, Scott and Julie Brusaw, to hire engineers and a team of people to help streamline the technology, which will then allow for it to go in to full production. If you haven’t come across the Solar Roadways project just yet then watch this video:

This second video is a little more informative but not as fun to watch: 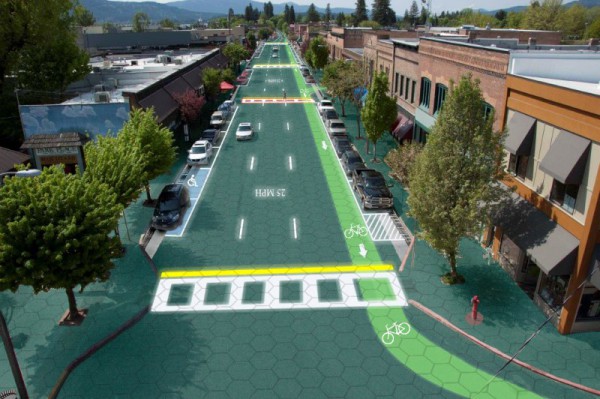 The solar roadways project already received two phases of funding from the U.S. Federal Highway Administration, phase one allowed for the research and development of the technology while phase two of the contract requires the team to build a functioning car park for demonstration purposes.

This project will eventually pay for itself as the roads will generate clean energy, powering cities through the sun. It has been estimated that if all of the roads in the US were replaced by these solar panels then it would generate 3 times more energy than what is currently used. This could help eliminate the need for fossil fuels and even pave the way for electric cars that run off of clean energy and can charge on the road.

You can check out the Indiegogo project page, HERE.

KitGuru Says: This technology could help make the world a better place and would solve a ton of problems. It’ll take years for it to spread across the planet but it will be pretty awesome when it finally does. What do you guys think of this? Is it a feasible project? Would it really have that much of an effect on the planet?