The Oculus Rift is on the way and should release around Spring next year. However, the Rift headset isn’t the only bit of hardware that Oculus is set to release next year, it also has a brand new controller known as ‘Oculus Touch’. It’s two motion sensing controllers that will allow you to interact better with objects in the virtual world. 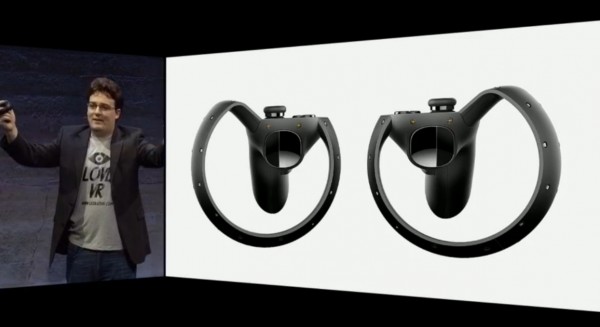 The Oculus Touch will obviously be incorporated in to games running on the Rift, which are also coming next year, one of which is Epic Games’ new title, ‘Bullet Time’, which is a Matrix inspired wave shooter that will allow you to slow down time and dodge bullets.

The Oculus Touch itself doesn’t have a final price but it won’t ship until the second quarter of 2016, which could be a few months after the launch of the Rift headset, which is due out in the first quarter of next year.

KitGuru Says: The Oculus Touch seems like the perfect controller for VR, as long as you have the space to dedicate to actually moving around. The good thing is, Oculus isn’t counting on you having that space, which is why the Rift comes bundled with a standard Xbox controller instead.