This iPhone case doubles as a virtual reality viewer

Virtual reality is growing and there is a big push for it on smartphones, thanks to products like the Samsung GearVR and the Google Cardboard. The YouTube app even supports virtual reality headset viewing from smartphones now, something that Figment is looking to help push with its iPhone case, which doubles as a pair of VR lenses for viewing.

The Figment VR is a soft-touch iPhone 6 case, which will work with a bunch of VR demo apps, which can be found on the App Store. It will also work with YouTube's new features and the Google Cardboard if you don't fancy holding the phone up to your face every time you want to watch something. 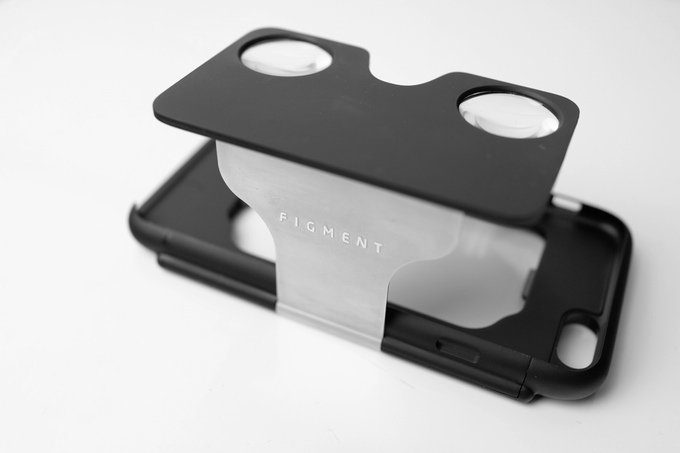 The case itself is part plastic and part aluminium, so it should be pretty durable. It will add quite a bit of extra thickness to your device though. The VR lenses pop out and sit in place with a flip motion and locks in to place with two circular plastic tabs. The case is currently on Kickstarter, looking to raise $75,000, which seems likely, as it has already raised close to $20,000 at the time of writing, with 56 days left to go.

The case itself will cost $89, though there is a limited supply of early bird deals. Right now, the case is being pitched for the iPhone 6 and iPhone 6+, though an Android version is also being worked on at the moment.

KitGuru Says: Virtual Reality is getting a big push on mobile devices, so we will likely see more ideas like this pop up over the next year. Have any of you tried out virtual reality yet? Do you think it will live up to people's expectations?