Google’s modular smartphone, currently dubbed ‘Project Ara’, is gaining more traction as Toshiba has announced new modules for the phone. The company was already working on two camera modules but has now developed a display module, a data transfer module and an audio port module.

The first Project Ara devices are expected to launch in selected territories later this year, with Google testing out different ways to distribute different modules and getting more developers on-board. Toshiba has been fairly enthusiastic so far. 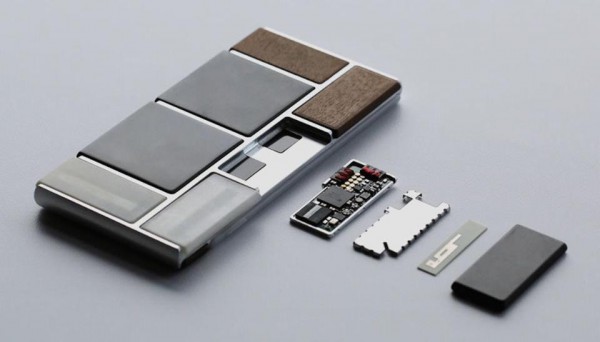 Back in January, Toshiba showed off two new camera modules, due to launch next year. Now Toshiba has showed off some new reference designs, meaning that third-party companies can use the blueprints and create their own modules.

First up is Toshiba’s new display for Project Ara, which will slide on to the front of the phone and act as the screen, we don’t know what resolution the screen is though, it does come with a dedicated headphone jack though, which will save you money on a dedicated audio module.

Next is the Transferjet module, which allows you to transfer data between devices wirelessly. The technology was initially made by Sony back in 2008, managing to hit 375Mbit/s transfer speeds. The final module if the WiFi module, allowing the Ara handset to connect to wireless networks, it also has a Bluetooth receiver built-in.

These modules, along with more from other developers, will be available to buy from a dedicated marketplace at some point in the future, although we don’t yet know when this will happen.

KitGuru Says: Toshiba is the first big manufacturer that we know of so far to be making dedicated modules for Project Ara. With these reference designs in place, hopefully we will see other developers begin to create modules for the project.