Just yesterday we learned that Razer had two of its very impressive prototypes stolen from its booth at CES. Razer CEO, Min-Liang Tan was the first to make the theft public, suggesting that this could potentially be a case of corporate espionage. Since then, some new details have come to light and a $25,000 reward is now on the table for information leading to an arrest.

While yesterday we didn’t know exactly which of Razer’s two brand new prototype products were stolen, it has since been confirmed that the thief took two of Razer’s Project Valerie. This was Razer’s new triple display laptop with two additional 4K displays that would fold out and align themselves at the touch of a button. According to the update from Razer’s CEO, these prototypes were taken from the Razer Press Room at around 4PM on the 8th of January. 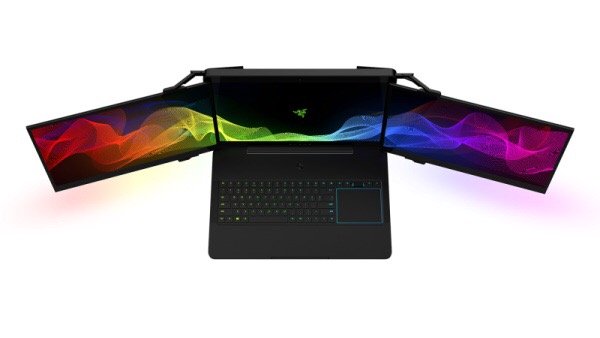 Razer is now putting up a $25,000 reward for new, original information leading to the identification and arrest of the thief though there are a bunch of legal terms and conditions that come with that, which you can find out about on Min-Liang Tan’s Facebook post.

Fortunately, it doesn’t sound like this incident is going to discourage Razer from showing off its new ideas in the future, Razer’s CEO has confirmed: “Thanks for all the kind words of support following the incident we had at CES. It was a pretty lousy way to end off a phenomenal show for us and I was pretty bummed out for a day. Nonetheless, thanks for the continued support – you guys are the best community I could ever ask for. We’ll not let this incident discourage us from our work to continue innovating and leading out the industry.”

KitGuru Says: It’s a shame that CES had to end this way. Hopefully both prototypes are recovered in time, though one has to wonder how someone managed to walk out of such a huge trade show with something like this.