Matthew Crippen, a 28 year old Xbox modder from California has luckily escaped prison time after being arrested by Homeland Security.

Mr Crippen was running a business from home, modifying Xbox 360 game consoles to play pirated games and other content. He was charging $60 to $80 for his work and ended up charged himself – two felcony counts for violating the anti-circumvention provisions of the Digital Millenium Copyright Act. This basically is a prevention system in place to stop the alteration of hardware to commit acts of crime, in this case circumventing copyright protection.

Crippen’s case was the first of its kind to ever reach a trial, when a full jury was selected and opening arguments unfolded.

Unfortunately, for the prosecution, Judge Gutierrez raised some concerns about two prosecution witnesses Tony Rosario and Microsoft Security employee Ken McGrail. Rosario secretly recorded Crippen performing the Xbox modification and McGrail admitted he had modded Xboxes himself in college. Not an ideal pair of witnesses in regards to ethics concerns.

The judge didn’t go easy on the witnesses and the prosecution team called for a recess to consider their options.

Wired reporter David Kravets was in the courtroom and he reported that the judge ordered that prosecutors had to prove that Crippen actually knew that he was breaking the law.

When Rosario was called to the stand he said that he had secretly video taped Crippen in his own home as he modified an Xbox in full view of the camera. Rosario also said that he had used a pirated game to test the modification actually worked.

Rosario’s earlier reports however didn’t detail that he had put a pirated game into the Xbox:

…on cross examination, Rosario conceded he did not write that fact on any of his notes or reports. Nor did it appear on a secret video he took of the encounter. (Only two minutes of an edited video of the transaction was played to jurors, as Rosario said his computer ate the full version.)…

Before the jury, [defense attorney Callie] Steele grilled Rosario on the piracy angle.

“That is something you just happened not to capture on your videotape?” Steele asked.

“It was just not part of the element of the crime,” Rosario replied.

Defense attorney Callie Steele objected to the new testimony and even though 150 pirated games were taken from Crippen’s home they suddenly dropped all charges against the defendant. Prosecutor Allen Chiu said that he never forwarded this information to the defense team and should have.

Kitguru says: All in all, a lot of mistakes were made, which we are sure Crippen is thankful for. Do you play Xbox games on a modified console? We would love to hear.

Previous Are tablets really the death call for netbooks?
Next Fatal1ty partners with ASrock for customised motherboard 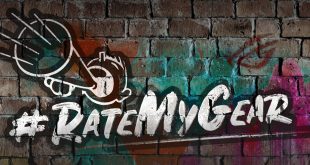