Apple has been slammed for its poor treatment of Chinese workers in the past, with claims of slave like labour practices and legitimate abuse from management stretching back years. Today though it seems conditions aren't much better, with a report coming out from BBC's Panorama investigation that found workers falling asleep at production lines and the facilities, and that nearby housing that workers are forced to use, breach all sorts of labour practices.

This isn't an Apple facility, but one operated by Thai firm Pegatron, which provides Apple with labourers and manufacturing facilities. However, while Apple can't be blamed directly, it has been working with Pegatron for many years, despite its repeated labour violations – including the use of underage workers.

While Apple has denied the conclusion of the report that Apple is engaging in illegal labour practices by dealing with Pegatron, an undercover investigator working for the programme was forced to work 18 days in a row without break, while another had 16 hour long shifts.

Apple said in a statement: “We are aware of no other company doing as much as Apple to ensure fair and safe working conditions.” However it did admit that more work could be done to improve conditions at some of its facilities.

Apple has been called out on its seeming disinterest in Chinese worker safety before, after many people in 2010 though 2012 committed suicide at Foxconn manufacturing plants due to stress and lack of pay. Despite this Apple continued and continues to work with the manufacturer in many stages of production.

It did however move some of its manufacturing to Pentagron facilities. However, labour practices there are hardly better. Employees are supposed to have voluntary overtime, but undercover investigators were regularly given no say in the matter. They're also forced to live on site, often living in small communal dorms with up to a dozen people in a single room.

Apple claims to have a system in place that back-pays any workers found to be living in conditions like that, but that doesn't seem to have had much effect. 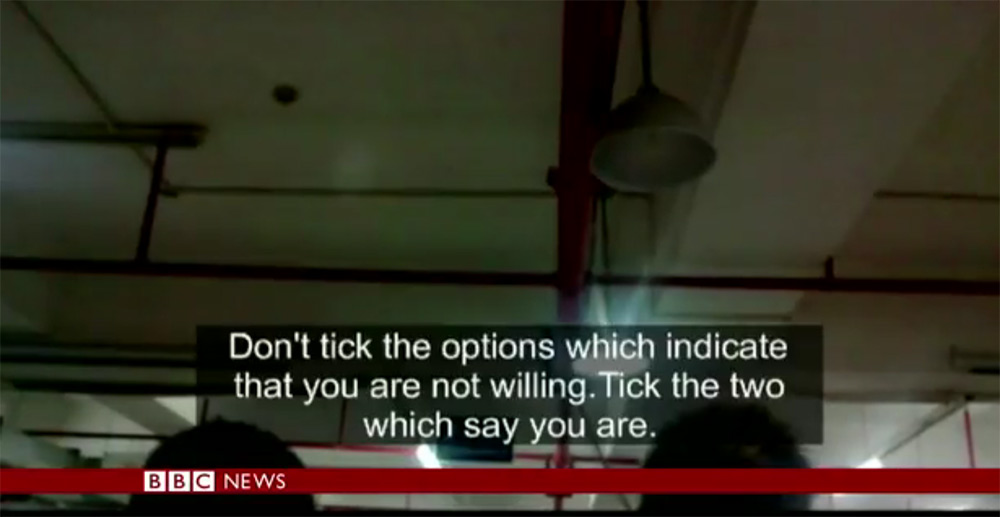 Further down the supply line, in areas where raw materials are manufactured for smartphones, Panorama found children as young as 12 digging in tin mines in unsafe conditions. Many didn't even have tools, being forced to dig the tin from the dirt with their bare hands.

In Apple's defence however, it doesn't buy straight from the mines, but from the local smelters, which receive a lot of tin from a lot of sources.

KitGuru Says: While Apple can't necessarily be blamed for the actions of its suppliers, it needs to take immediate action to stop working with these companies when it happens. The fact that it continues to support them shows very little interest in really protecting those that help make its products.