Nobody could ever accuse George R. Martin, the author of the A Song of Ice and Fire series of books (which the Game of Thrones show is based on) from shying away from harsh truths. Namely that some characters just aren’t meant to live out the pages of his latest book. He’s not afraid to take shots in the real world either though, and has lately targeted American cinemas and Sony with his ire, attacking their decision to pull the release of the Seth Rogen, James Franco comedy, The Interview in the wake of terrorist like threats. He’s also offered to show the film in his own theatre to anyone that wants to watch it.

Mostly his blog post about the matter is one of surprise and incredulity. Surely these companies aren’t afraid of North Korea? As he puts it, most of them could buy the country with “pocket change,” and yet they bowed to threats of violence that would be like “9/11” according to the Guardians of Peace, the hacking group behind it all. 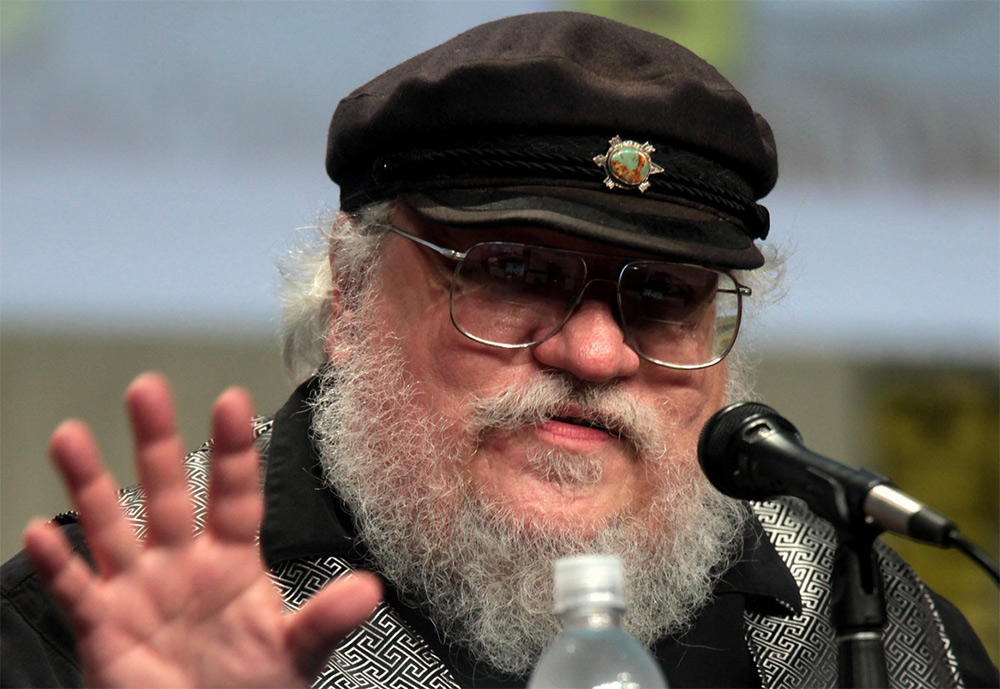 “The level of corporate cowardice here astonishes me,” said Martin. “It’s a good thing these guys weren’t around when Charlie Chaplin made THE GREAT DICTATOR.  If Kim Jong-Un scares them, Adolf Hitler would have had them shi**ing in their smallclothes.”

Martin then went on to trash Sony specifically, saying that he thought it bizarre that it would halt the release of the film after the major cinema owners refused to show it.

“There are thousands of small independent theatres across the country, like my own, that would gladly screen THE INTERVIEW, regardless of the threats from North Korea,” he said. “But instead of shifting the film to those venues, Sony has cancelled its scheduled Christmas rollout entirely.”

He then offered up his own cinema to show the film, if it is eventually released:

“For what it’s worth, the Jean Cocteau Cinema will be glad to screen THE INTERVIEW (assuming that Sony does eventually release the film for theatrical exhibition, rather than streaming it or dumping it as a direct-to-DVD release), should it be made available to us.  Come to Santa Fe, Seth, we’ll show your film for you.”

KitGuru Says: Following on from the shooting during the Dark Knight Rises screening a couple of years ago, you can understand why some cinemas were wary of this, but to not show it altogether is cowardly and sends the message that threatening violence gets you what you want. It’s a horrible precedent to set.