Since its peak a couple of years ago, the price of Bitcoin has jumped around within a relatively confined range of values, often settling between two and three hundred dollars. However in the past 48 hours, it's value has exploded, doubling almost overnight before starting to crash down again. This stupendous rise and fall appears to come off the back of a popular investment scheme that promised huge rewards for early adopters, with all the hallmarks of a pyramid scheme.

The site, called MMM, is described as a ‘social financial network' and requires a Bitcoin investment to join, with those entering into it promised as much as a 30 per cent return on their investment every month. They would also earn extra Bitcoins for anyone they recruited to the scheme. 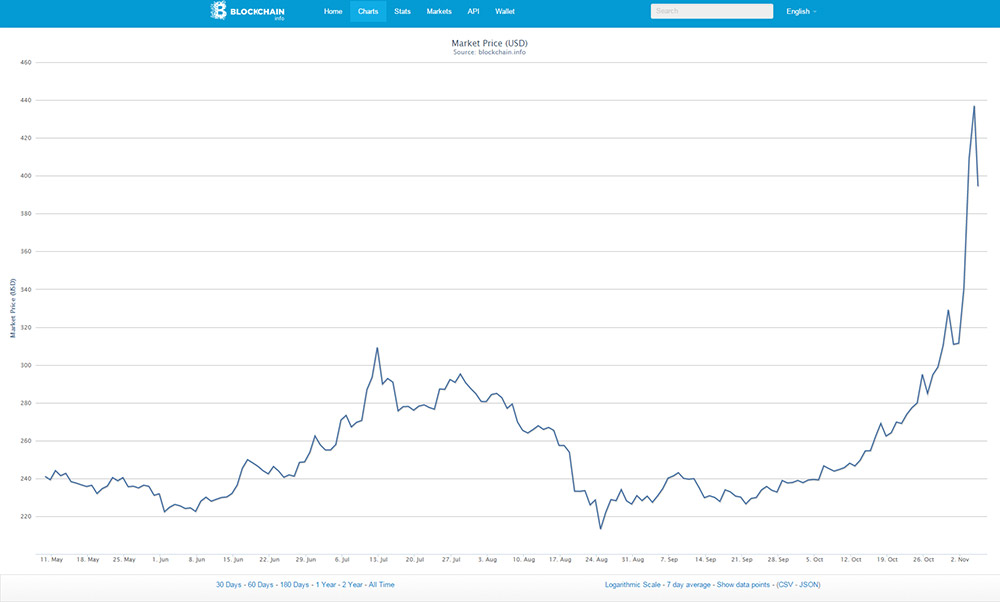 Beyond the dodgy sounding, too-good-to-be-true nature of such a platform though, the wary were steered clear of the project by the fact that it was founded by Sergey Mavrodi, a Russian paramilitarian who has since been jailed for fraud (as per FT). He previously operated a pyramid scheme of the same name back in the late '90s, but has jumped on Bitcoin as a new method of earning himself a fortune. He even attempted to piggy back the good will some have for Bitcoin's open market nature in his pitch for the site:

“This is a community of ordinary people, selflessly helping each other, a kind of the Global Fund of mutual aid,” he said. “The goal here is not the money. The goal is to destroy the world’s unjust financial system.”

End of August I recommended to buy #Bitcoin. Have you doubled your money? 🙂 pic.twitter.com/UmYy5BDW8C

This didn't stop a lot of people investing though, with many Chinese citizens throwing their coins at the platform and buying them up in equal measure in order to take part. This sent the value of Bitcoins rocketing up to just shy of $500 on some exchanges, though Blockchain records it as peaking around $440, from a previous day high of $311. Since then it has begun to tumble once again and at the time of writing individual Bitcoins are said to be worth  $394.

Despite this more recent drop, the worldwide value of Bitcoins is still higher than it's been in some time, with some estimates putting the total value of all mined Bitcoins around $7 billion (£4.55 billion).

KitGuru Says: Did any of you make money on this little upswing?