Assassin’s Creed Syndicate sales take a hit thanks to Unity

It looks like Ubisoft is still paying for its mistakes in 2014, as Assassin's Creed Syndicate sales have been “clearly” impacted by the reputation of Assassin's Creed Unity, the publisher recently admitted in a quarterly earnings call. However, given Syndicate's positive reception so far, the publisher is expecting things to pick up in the following weeks, though we have yet to see the PC version of the game just yet.

Ubisoft's Alain Martinez explained the situation during the call: “Clearly in our first week we were impacted by what happened with Assassin's Creed Unity”, Ubisoft CEO, Yves Guillemot then stepped in to say “We seem to experience the same sales curve as Assassin's Creed 4: Black Flag, versus Unity, Syndicate was down in the first week but nicely outperformed it in its second week as it benefited from positive word of mouth.” 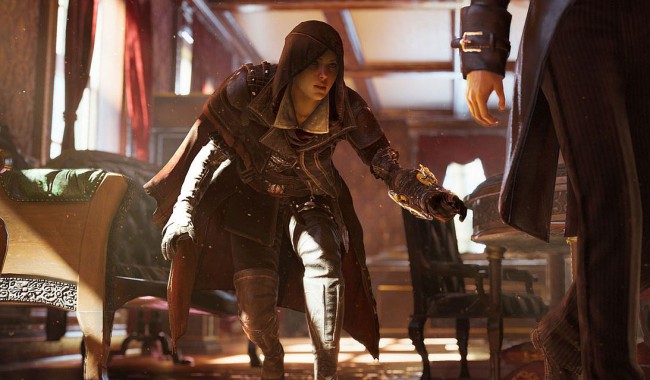 Unity was a massive low point for the Assassin's Creed franchise, the game launched in a barely playable state and PC owners had to wait even longer for proper performance fixes. However, this year things seem to have gone down much smoother, having played around six hours of Syndicate myself, I can say that it seems to be running much better than Unity did- on Xbox One at least.

The PC version of Syndicate hasn't launched just yet, though it is due out before the end of the year. Hopefully we will see an improvement there too.

KitGuru Says: I am actually really enjoying Assassin's Creed: Syndicate this year, though it doesn't change the formula much in terms of combat or exploration. The story seems to be pretty interesting to me at least. Do any of you still play the Assassin's Creed games? Are you thinking about picking up Syndicate or did Unity put you off for good?