If you run a totalitarian regime, controlling information and communication is one of the most important aspects of it. People can’t rise up against you if they can’t organise and restricting their ideas goes a long way to keeping them downtrodden. That’s proving harder and harder to do in contemporary dictatorships however, especially so in North Korea, as cheap media players are flooding the country with content from around the world and it’s causing a big headache for the Pyongyang regime.

The one particular media player that’s said to be doing to most damage to the government’s control, is called Insight and it’s a small, £35 player that’s capable of running DVDs and USB sticks full of content, almost all of which are smuggled over the border from South Korea or air dropped by balloon from supporters of the people. According to Reuters sources, as many as 50 per cent of urban households in North Korea’s major cities have these hidden media players, which were entirely illegal until last year when the government had no choice but to legalise them. 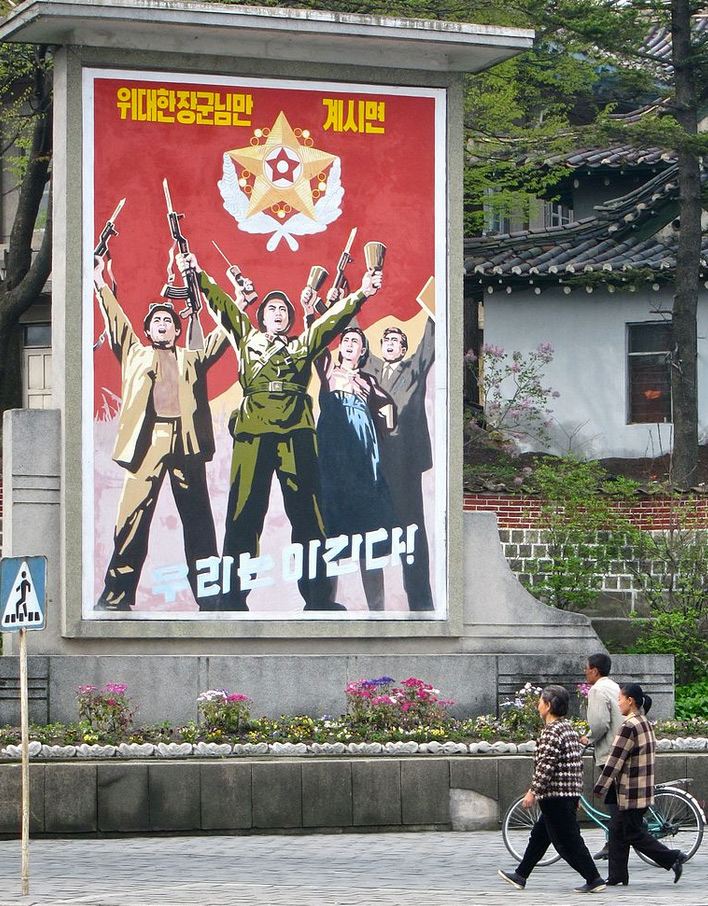 Surely no movie can top ‘Korean guy holds a cowbell AND a gun.’

Viewers watch things like South Korean TV, hollywood movies and music videos, all of which is forbidden, but much like the players themselves, they make their way into the country. There is even somewhat of a market for them now. As the regime’s control slips, open trade is being conducted within North Korea for the first time in decades, with thriving black markets in goods, content and services.

The real problem though for Kim Jong Un and his followers though, doesn’t stem from the fact that people are being entertained by outside sources or even to an extent that it makes people more worldly wise, but that it often counteracts official Pyongyang propaganda. The Western world is depicted as being an awful place to live and the people jealous of the utopian like society that North Koreans experience.

Clearly from the content being leaked into the country now, that’s not the case and the North Korean administration will need to figure out a way to address it or face an ever worsening problem of looking like liars and hypocrites.

KitGuru Says: You know the content that funnily enough a lot of North Koreans didn’t like? The Interview. Despite it showing their fearless leader having his face blown apart.