The internet has given us a lot of great things. We have instant communication with people on the other side of the planet, endless amounts of (mostly) watchable media content, up-to-the-minute news and even methods of circumventing dictator crack downs on expression, that have ended up aiding revolutions. But one often depressing aspect of the online world, is copyright law, which seems to be sneaking more and more restrictions into a once widely open platform.

Often it comes in the form of media lobbies and movie studios over-reaching in their attempts to stop people downloading copyright protected content, leading to site shut downs, IP blocks and domain name seizures, but it comes in many other forms too. The recent Copyright ID debacle over at Youtube is a great example, as is the one where journalists were hit with copyright infringement claims just for talking about a service that distributed unlicensed ebooks freely.

Then there was the danger we all felt creeping in with bills like SOPA, PIPA and ACTA, but those were summarily defeated, giving a glimmer of hope to those that don't want to see us going down the roads theoretically paved by stories like 1984. But they aren't the only gleaming turnarounds in terms of copyright legislation. Indeed, the UK is actually looking to relax it's copyright law in the next few months, by introducing a new exception to its outdated copyright legislation.

The exception is a good one too: Parody. 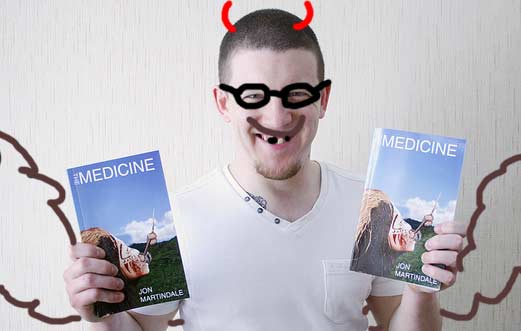 Thanks to this new bit of legislation, set to come into effect in April this year, content creators will have “greater freedom to use others' works for parody purposes […] without first asking for permission.” This isn't such a big deal for countries like America which have had pretty strong fair use laws for some time, and while the UK has those too, it's not to the same extent. Before the introduction of this legislation (read: right now) the Copyright, Designs and Patents Act of 1988 provides the following exceptions:

The lack of inclusion of anything related to parody, is the reason adverts like these can be banned (and have been) without recourse:

However, as of Apil, we'll be able to add caricature, parody or pastiche to that list, meaning it's perfectly fine for you to use copyright protected content, without the permission of the author, as long as you're parodying it; within reason. But that last couple of words is the complicated part (and the one that tests how strong this new exception is) if it is ever challenged.

While based around the European Union's Copyright Directive from 2001, which provided several potential exceptions that member states could utilise without contravening EU law, the British introduction of its parody exception is prefixed by the wording “fair dealing.” This is loose enough to provide a bit of legal wiggle room in either direction, but it will mean any potential disputes could become mired in legal wrangling.

Fortunately better minds than mine have analysed what is likely to happen in such instances, with Law Careers suggesting that courts would consider several factors in deciding whether a work comes under the parody exception or not. These would include things like: the motive of the user, whether any harm was done to the brand or author of the original works, freedom of expression and to what extent the parody was the intellectual creation of the producer.

So in other words, if you want to be protected by this, don't negatively affect the person or entity you're looking to parody and make sure that you aren't just using the original material with some photoshopped fart clouds.

Of course there will undoubtedly be companies that contest any sort of caricature of their work and due to the somewhat loose wording of this newly introduced exception, it could mean that with the right lawyer and enough funds, it would still be easy to quash anyone mocking your work in this fashion, but this is still encouraging news. Not only does it give British content producers a bit more legal protection than they've had in the past, but it shows that the climate of legislative change with regards to copyright is not totally pandering to media lobbies.

This change has come about thanks to several reports, though most recently one by Ian Hargreaves, a current professor of Digital Economy at Cardiff University. He was listened to by the Intellectual Property Office and legislators enough that just three years after he said we needed changes to the UK IP system and especially copyright, we're getting it.

This is the same country that ignored its own advisory board with regards to drugs classification and fired the man responsible for giving them a report that was unfavourable. The fact that Hargreaves report was taken in and implemented as it is, is great news and gives me hope that we could see further improvements to copyright law in the future.

We're not out of the woods yet, but perhaps some of those in power are starting to see the trees.

KitGuru Says: In the mean time, perhaps it will give the guys being hit by Google's Copyright ID claims on Youtube a bit more of a leg to stand on.