Halo 4 developer, 343 Industries, has just hired professional gamer Eric “GH057ayame” Hewitt, a professional Halo player who is best known for his competing as a part of Team Carbon.

The studio’s latest employee let the news out over the weekend after tweeting “Ready to get back to work?” followed by a picture of his plane ticket to Seattle where the developer is based. Following this, Hewitt updated his profile to say that he was indeed a part of 343 Industries. 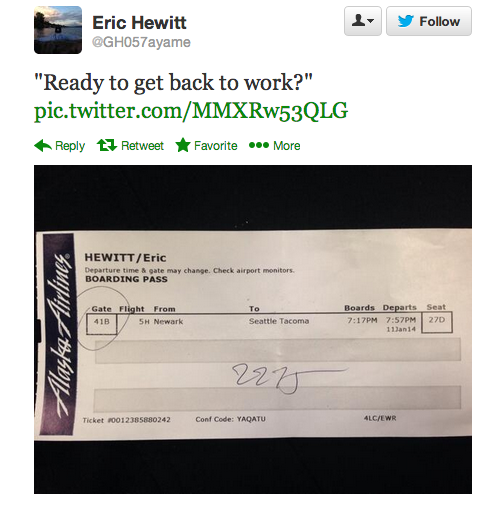 We don’t know exactly what role he will be play in the development team but Hewitt isn’t the first pro gamer to be taken in to the company’s ranks, last year the studio hired two players, “Dersky” and “Neighbour”. As far as Halo 4’s tournament scene goes, Eric Hewitt had previously helped create the settings for create the settings for the game’s official competetive playlist and took part in the Global Championship in Texas last year.

Last week it was confirmed that the next Halo game will come out on the Xbox One this year even though it wasn’t officially listed on Microsoft’s list of big games coming out in 2014.

KitGuru Says: It will be interesting to see what they do with Halo 5 this year, Halo 4 was a mixed bag for some people but I preferred it to Bungie’s last offering. It would be nice to see the series make a return to the PC this year too.