Kim Dotcom has grabbed headlines in New Zealand once again, after announcing that just five days before the general election later this year, he’s rented out the Auckland Town Hall and will be inviting anyone and everyone to hear new revelations that explain how the Prime Minister knew of him (Dotcom) before the raid on his home, something that PM John Key has always denied.

The big reveal is set to take place on 15th September and though it’s not likely to suddenly gift Dotcom’s Internet Party a majority vote in the election, it could further erode the seat of power that John Key is currently occupying.

It’s not clear what the revelation about John Key’s knowledge of Dotcom will be. It could be  to do with political donations as per Dotcom’s dealings with Auckland Major John Banks, who accepted money from the internet mogul on the proviso that they be declared as anonymous. This led to him being found guilty of filing false electoral returns earlier this year.

The newly elected leader of Kim Dotcom’s Internet Party, Laila Harre, doesn’t even seem sure about what the man will be saying come September, though she did defend his position, suggesting that he has never lied about any aspect of his extradition trial.

“What I do know, without knowing the details of the revelations that he intends to make, is that every single claim Kim has made during the course of this controversy has eventually been borne out by the evidence,” Ms Harre said (via 3News). 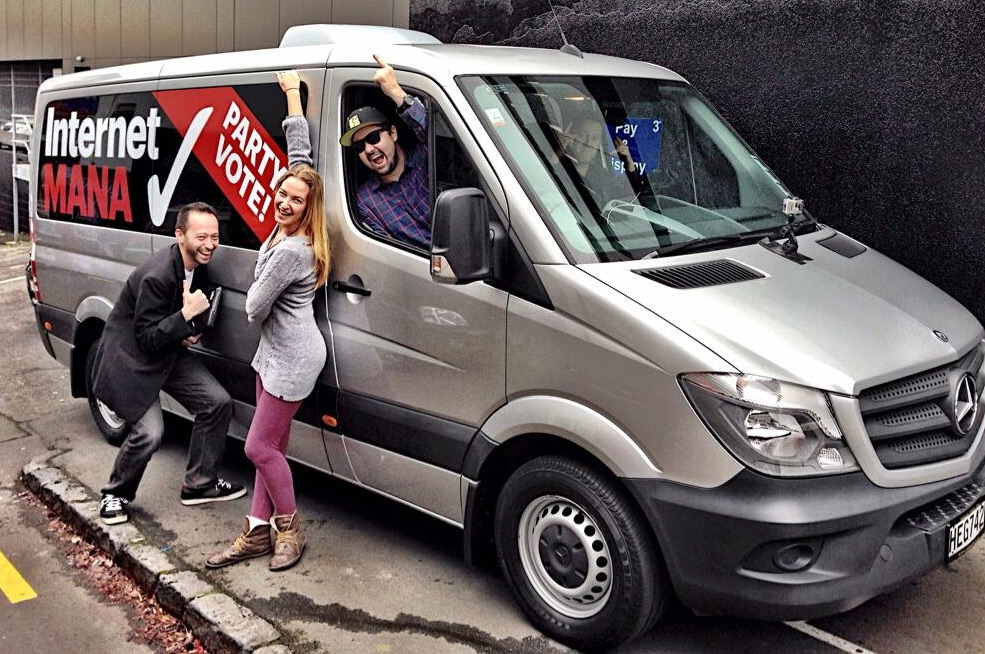 Meanwhile, with Dotcom’s millions behind it, the Internet Mana party continues its country-wide promotion

She did however, highlight a recent revelation that Kim Dotcom was initially going to be denied residency in New Zealand due to concerns held by the Security Intelligence Service, but they ultimately let him in after “political pressure,” was applied. It’s not clear from where that pressure came, but clearly it was enough to grease the larger than life German through the red tape.

As it stands, with immigration minister Jonathan Coleman denies any involvement with the “pressure,” the implication there being that the leaning came from the US government, which may be what Dotcom is set to speak about come September.

In other news, Dotcom recently annouonced that his music service, Baboom, would sell shares to a select number of investors looking to spend $20,000 NZ a piece. Individual shares are expected to be priced at around 40 cents each.

KitGuru Says: Whether you like Dotcom or not, it’s clear he’s become embroiled in some sticky political manoeuvring. It’s also somewhat comforting to see someone with his sort of monetary backbone  go after governments for the same sort of invasions of privacy and liberty that affect all of us.