Although Kim Dotcom has said a lot about the corporate and governmental people he’s dealt with over the years running file lockers and other various services, there has rarely been proof to back up that these conversations actually took place. Now though, he’s revealed a recording of a conversation between himself and several Universal executives, in which they discuss the possibility of working together, but more importantly that they control who is on a “bad list” of individuals that the music industry goes after.

Much of the call discussed the potential for Dotcom’s MegaKey system, which would have seen adverts around the web overlayed with MegaUpload controlled adverts, specifically linking to content of companies like Universal. However while executives seemed very excited by the idea of tapping into huge advertising markets, there was also some tension in the air, since Dotcom’s file locker was considered by many as a hotbed of piracy. 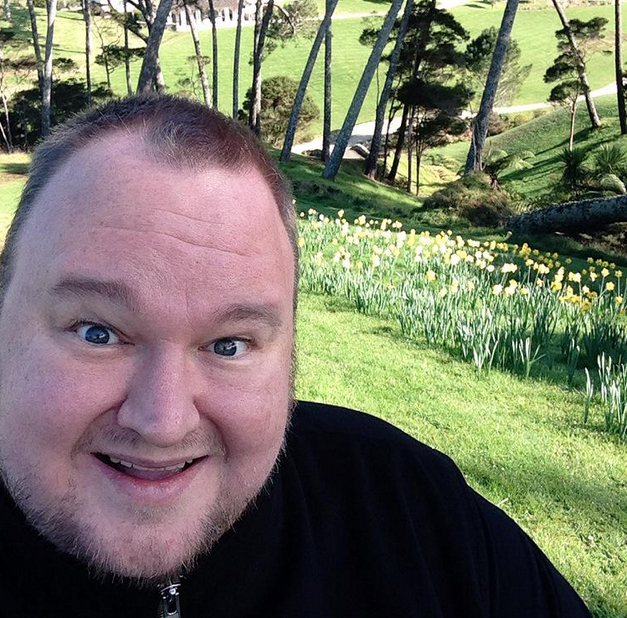 How could they ever consider this flower loving guy “evil?”

“We have gotten a lot of fire from RIAA, MPAA, everyone in the content industry, for you know, Megaupload,” Dotcom said (via TorrentFreak). “We don’t have a rewards program, we are one of the cleanest guys.”

Indeed before MegaUpload was shut down, it provided back-end access to many copyright holders, which was more than most other file lockers. However this wasn’t enough for the industry at the time, which saw Dotcom as a bad egg. Indeed, he was on a list.

In the end, the Universal executives were happy to put the word out that Dotcom was not on the evil list any more, but only if he dropped a lawsuit against UMG for taking down his MegaSong video.

“In exchange for the litigation disappearing there are certain people I can have conversations with where you will be moved onto a different list as opposed to a bad list,” one executive said.

When Dotcom responded by saying he wanted to be on the “friends list,” the same executive replied:

“Yeah, well you get on to the friends list once we’ve signed a deal. And then the rules of engagement change completely. In the short-term I can downgrade your status from ‘evil’ to ‘bad’ and as the process goes on it will be from ‘bad’ to ‘good’ to ‘exceptional partner’.”

Must read: The worlds largest music label wanted to destroy me. But then they realized I could save them. Too late. https://t.co/VjgHlzJ2ve

Despite these plans, just two days later, Kim Dotcom’s home was raided, his assets were seized and MegaUpload was shut down for good.

The recording is about 30 minutes long and can be listened to in its entirety here.

KitGuru Says: It will be interesting to know whether the parties involved knew they were being recorded here. If so, this could be prime evidence in Dotcom’s extradition trial showing that his arrest was down to the pressure of industry executives, rather than any concrete evidence of wrongdoing.

Previous More sites shut down comments, what’s to be done?
Next Amazon announces an end to its trade-in program