Kim Dotcom has been run through the legal mill several times over the past few years, with his company shut down, his assets seized and his home raided in a short period of time. The only real development though in the ongoing and oft-delayed extradition trial, is that recently the Department of Justice in the US launched a civil suit against the German entrepreneur, asking the court to hand over all of his assets, current and past since they were only gained through – in its words – illegal means. Now Dotcom’s team has officially responded, claiming that the crimes he is said to have committed are entirely made up.

While that might sound like the argument you came up with when your sister told your parents you pinched her, it does have some merit here, since Kim Dotcom stands accused of secondary criminal copyright infringement, which implies he wasn’t directly responsible for copyright infringement but was heavily involved. That’s not a crime that currently exists on anyone’s legal books.

“The crimes for which the Government seeks to punish the Megaupload defendants do not exist. Although there is no such crime as secondary criminal copyright infringement, that is the crime on which the Government’s Superseding Indictment and instant Complaint are predicated,” Megaupload’s lawyers write. 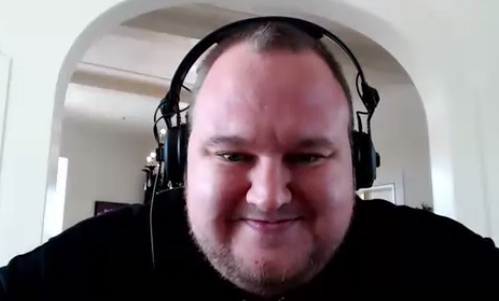 Meanwhile Dotcom has been giving talks at the New Yorker Festival

They then highlighted how because of this made up law and charge, not only was Dotcom stripped of his rights and property, but millions of Megaupload users were also (and still are) denied access to their digital property.

“Tellingly, the Complaint and the Superseding Indictment together fail to identify a single instance in which an act of infringement — particularly an unauthorized upload or download — occurred entirely within the United States,” they continued, highlighting that the DOJ’s jurisdiction ends at the US border.

With these thoughts in mind, his legal team want all charges against Dotcom dropped and his assets unfrozen and returned to him.

We now await the US court’s decision on the matter.

KitGuru Says: The only thing this does leave me wondering, is why wasn’t this defence brought forward before?