Annie Machon, ex-member of the MI5 British Intelligence agency and partner of MI6 whistle blower, David Shalyer, who exposed investigations into British Politicians for socialist ties in the late 90s, has spoken out against the current climate of surveillance in Britain and the US. Not only did she claim that British MPs who parrot support for it have no idea what they’re talking about, but even went so far as to say that the British intelligence services “prostituted themselves,” to the USA.

“GCHQ has prostituted itself the the NSA to the tune of millions of dollars with no accountability or oversight,” she said (via the Guardian). “We live in an endemic surveillance state now. Politicians say ‘we know the intelligence agencies are working within the law and protecting, not eroding, our freedoms’. But politicians don’t have a bastard clue what spies can get away with and Britain is the least accountable of all the western intelligence agencies.”

Machon also touched on how this could come about though, suggesting that when you inhabit a world of surveillance, you lose touch with the fact that what you’re observing is the real world, with real people in it. Describing her own time with MI5, she said: “When I first started reading transcripts of phone conversations it felt highly intrusive – information about their private lives and who they were having an affair with that even their families didn’t know. It becomes god-like … a massive sense of dislocation from the real world.” 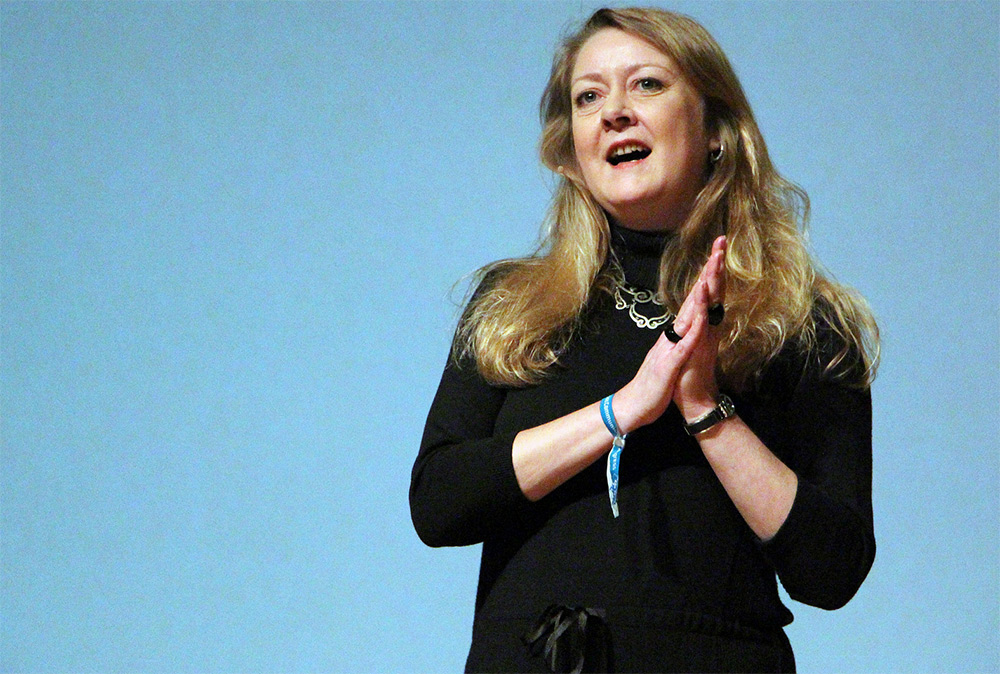 This is something that we’ve seen echoed elsewhere, where NSA contractors and employees were found to be investigating their partners and potential love interests using the highly sophisticated snooping system to look into their private communications.

All of this came out during a talk by Machon at this year’s Playful conference, which had a theme of “Hidden – what lies beneath?” During her talk, Machon said that there had been a real change in attitude at intelligence agencies (and to some extent in the public) over the past couple of decades. At one point she drew a comparison between a failed, but secretive, plan to assassinate Libyan Dictator Colonel Gaddafi in 1996, to the widely reported capture and death of him in 2011. She suggested that this was a “dangerous moral slide,” that the entire nation was taking.

Machon was however complimentary of whistle blower Edward Snowden. She likely empathises with his position, as she too – along with Shayler – spent several years in exile from her home.

KitGuru Says: Quite a damning of British intelligence, but when they can snoop on anything and everything done online, it seems hard not to criticise a group with such omnipotence and so little oversight. Especially when the age and (dis)interest of politicians practically guarantees them not fully understanding the scope of the potential snooping being undertaken.