Experience a Tate Modern fashion show with the Oculus Rift

The Oculus Rift might be a fantastic gaming device, but it has a lot of other uses besides making you go ‘wow’ at Half Life 2 again. High street clothes retailer Top Shop is holding a catwalk fashion show later this year at the Tate Modern, but don’t worry about getting a seat, as just visiting the chain’s shopfront in Oxford Circus will give you the chance to experience it via an Oculus Rift.

Five users will get the chance to sit in the shop window and enjoy the fashion show, live, in 360 degrees of video, images, tweets and animation. Developed in cooperation with 3D agency Inition, the experience is designed to really make you feel like you’re at the show and if successful, theoretically opens up a lot of new experiences that could be had at live events.

Imagine a gig with a special seating area for Rift users, who can pay a fee and login to the cameras remotely, experiencing the gig from their home. Sporting events could be the same – with the ability to jump between cameras up close with the action, or in a standard seat. That’s the type of experience Inition and Top Shop are looking to create here. 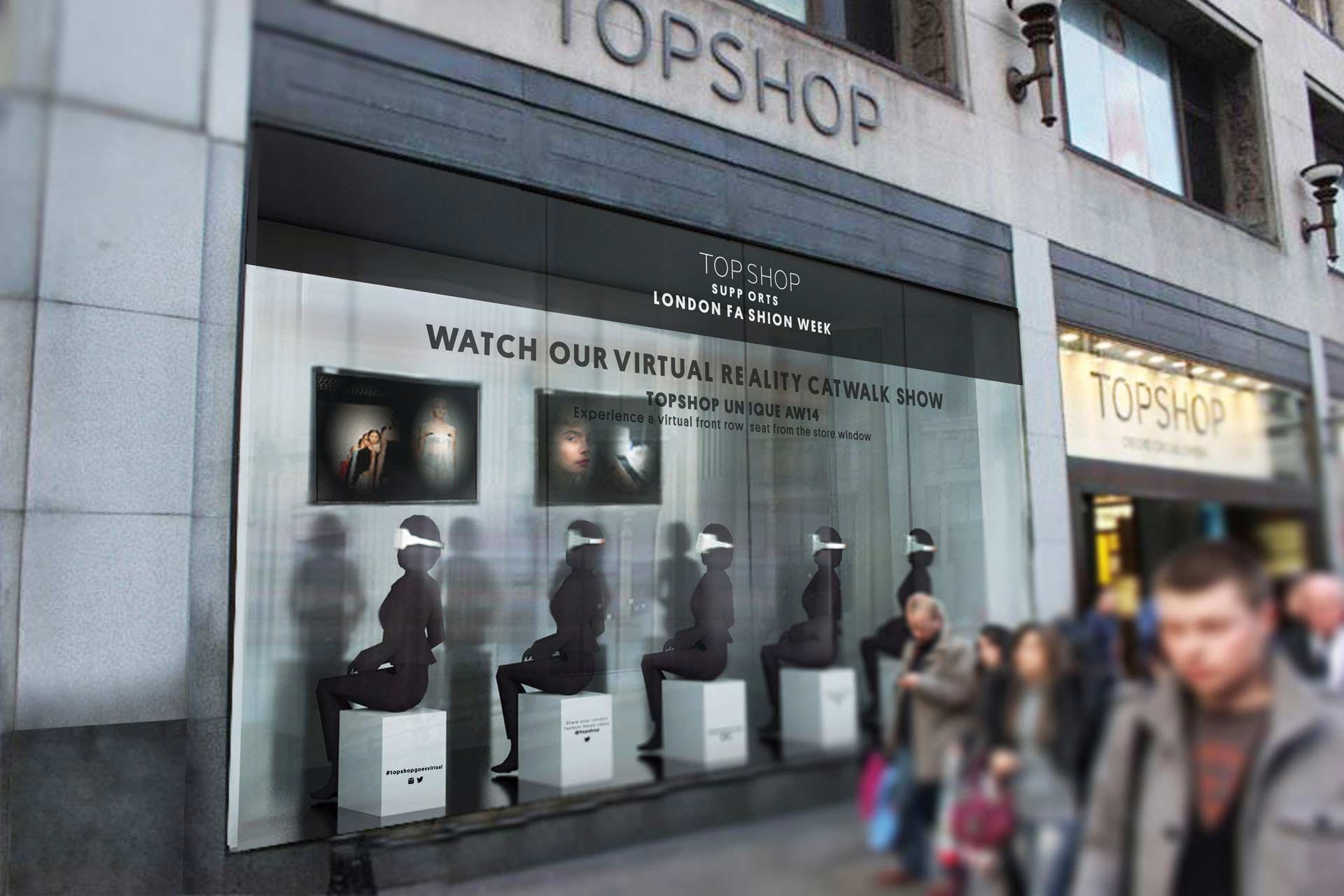 Perhaps telling of future Oculus Rift developments, the headsets being used by the retailer incorporate both the Rift and a headset for audio, though whether Devkit 1s are being used, or a newer version like the Crystal Cove prototype, remains to be seen.

The visuals they see though will be augmented, with a 180 degree catwalk camera in front, a second backstage one behind (if you look over your shoulder), tweets and images if you look up and even animations that overlay some of the action. For example, when Autumn clothing is being shown, animated leaves could be blown across the catwalk.

KitGuru Says: While this isn’t necessarily something that the average Kitguru reader might be excited for, Topshop are really taking the Rift and making lemonade, crafting a new kind of experience which could become far more commonplace once the commercial version of the headset is released later this year.