When the US authorities used good old fashioned police work to take down the original Silk Road last year and arrest its alleged owner, Ross Ulbricht, it seemed like they’d dealt a serious blow to the online trading community, but it didn’t last long. Within days alternatives had appeared and while most of them have fallen down since, new ones always appear to take their place and for many now, there’s actually a choice of what darknet market to use. One of those was Utopia, though the Dutch police are now claiming it’s been downed at their hand.

Designed as an alternative to the hugely popular Silkroad 2, Utopia was only a week old when the Dutch police cracked down on it, posting a message on the hidden service that said it had been seized. 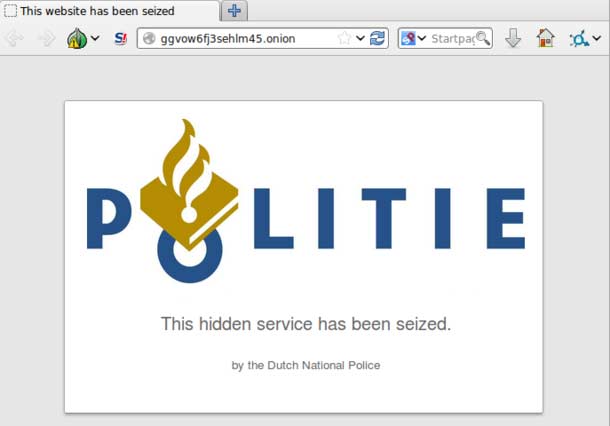 Not many details are known about the shutdown as of yet, with no word on how the site was seized or whether anyone has been arrested. However, it looks like Silk Road is ready to welcome the extra business, as forum moderator Stealth posted an acknowledgement of the shutdown and a greeting to all former Utopia customers (via DeepDotWeb):
“It is with great sadness that I announce it would seem that our budding competitor, Utopia Marketplace, has been seized by the Dutch National Police,” he said. “This is a serious blow to the darkweb marketplace community as honest competition is our lifeblood.

“I welcome any and all Utopia members to find refuge in our forums until you can figure out what has happened. Unfortunately I do not have the capability to create a subforum for you as backopy did for us when our former home was seized by the US version of your national police, but please make yourselves at home here, regroup, and do it again. Show them that you, we, are a hydra – cut off one head and ten more spring up.”

KitGuru Says: As Stealth says, it seems like these marketplaces are always going to spring up in the wake of closure, there’s just too much money to be made.