A German court has just made it harder for copyright lobbyists to sue content platforms for what their users post, after it ruled that Youtube was not responsible for the content published on its site by its members. It reinforced that by stating that this was the case even if the content uploaded by users was copyright infringing.

Many sites, more often smaller ones but in some cases giants like YouTube and Facebook, are consistently targeted by copyright lobby groups and studios in the hope of making them legally (and financially) responsible when their user base uploads content that they feel infringes on a copyright they own. In the case of some file lockers sites and their owners, it's led to lengthy legal battles. 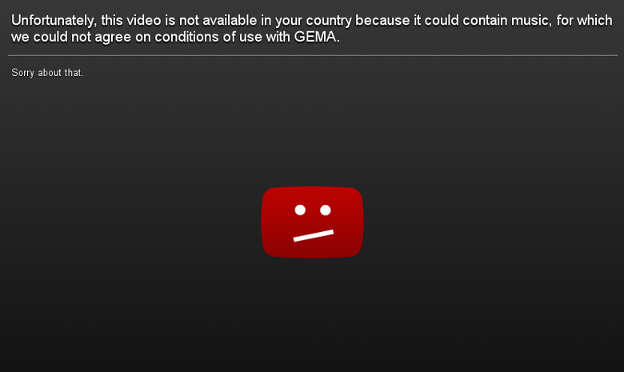 In its latest case, Youtube has been warring with music rights group, GEMA, which claims to represent 70,000 artists (as per TorrentFreak). It argued that Youtube was profiting from piracy and therefore liable when its users uploaded content from those artists. As such, it claimed the site owed it 0.375 Euro cents per view.

However clearly the court disagreed, as at the end of last week it ruled in favour of Google/Youtube, cementing a previous ruling from a lower court.

The battle for copyright control on Youtube is a difficult one. While it seems only right that companies who own the rights to certain songs shouldn't have to allow Youtube to play them without some form of compensation, managing a platform like that is very hard. Automated take down procedures have masses of collateral damage and leads to a lower quality viewing experience as users find new methods of altering video and audio to get around automated censors.

KitGuru Says: While I agree that Youtube shouldn't be held responsible for its users like GEMA argues, there doesn't seem to be a clear way to handle this. Content providers should probably just push for making their content available everywhere, as at least that way it's available to listen to and view the way it was intended.

Previous Robots may replace window cleaners, painters next
Next Google Chrome is set to get a redesign