Considering politicians and public figures prefer to lambaste piracy as a hateful crime more often than not, it's rare to hear those in any form of office decrying copyright trolling. That's exactly what happened in the House of Lords this week though, where Ralph Palmer took a swipe at several companies partaking in the practice.

The ongoing debate was around the Intellectual Property Bill, which is designed to protect companies and individuals who have been targeted by legal threats for IP or copyright infringement when they are clearly innocent. Defending themselves can be expensive, which is why so often people pay up small sums to trolls just to make them go away.

Although as TorrentFreak points out, this bill is designed more to target patent trolling between firms, Ralph Palmer took the opportunity to slam a few companies who specifically targeted internet users for alleged infringement, hoping to embarrass them into paying up. 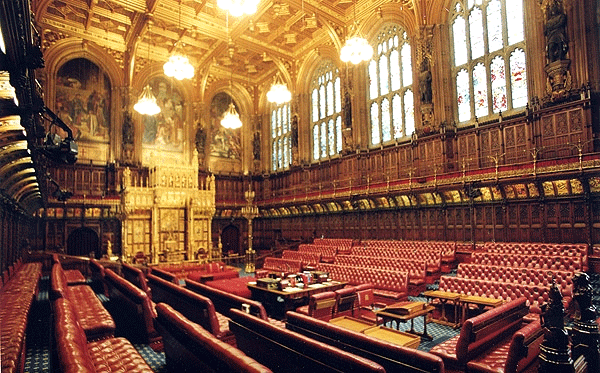 Naming and shaming a firm called ACS Solicitors, who he had the pleasure of having sacked by the law society, he said: “They were shaking down Internet users for allegedly infringing copyright on pornography and other low grade media. Their evidence was extremely suspect and was never tested in court. ACS made its money from their threats and never took anyone to court, though it used the courts to target its victims via Norwich Pharmacal Orders.”

Unfortunately though, he said, this scam is still alive and well. Many companies were still looking to IP addresses as evidence enough that someone has committed a crime and that is simply not good enough.

“This time, to remove the vulnerability that ACS found, the solicitor involved, Wagner and Co, withdraws after obtaining the Norwich Pharmacal Order, so they’re not involved in the threat processes which are undertaken by shell companies. There doesn’t seem to be any redress for people threatened or for ISPs who are asked to comply with Norwich Pharmacal orders,” he said.

This highlights the difficulties with copyright trolls. My not utilising sanctioned lawyers, these groups avoid the potential repercussions from the Law Society. Palmer went on to name and shame the likes of Hatton and Barkeley, RangerBay, GoldenEye International, Mircom Internationl and TCYK, all of which have taken part in this practice in recent months he said.

While he said that it was good to see the government taking steps to protect companies, he said that he wanted the legislation to reach further and address concerns that the innocent accused of breaching copyright have some form of recourse when they are clearly innocent.

Ultimately he called for a ‘sue or desist' letter, which would essentially force these firms to take someone to court or leave them alone, to reduce the practice of threatening letters attempting to extort worried individuals.

KitGuru Says: Now we have to wait and see if the government responds. At the very least though, Palmer has raised the subject in a place where knowledge of technology and particularly the internet is not strong, so perhaps this will help open some people's eyes.