Kim Dotcom and the MPAA are two legally represented entities that have been circling each other, locking horns and disengaging for years now, taking swings in the court and the papers but in all but a few cases, they've had lawyers buffering their commentary. However following on from the lobby groups' recent filing of copyright infringement claims ahead of the extradition trial, Radio New Zealand managed to get a representative from the MPAA on the phone at the same time as Dotcom, giving them both a chance to live debate with one another, the full audio of which can be heard over at TorrentFreak.

Initially the MPAA lawyer, general counsel Steven Fabrizio, didn't realise Dotcom was on the line and spent the first few minutes making claims about the intent of Megaupload as a file locker, suggesting that it was a site that was designed to benefit from copyright infringement, did so and ultimately rewarded file sharers for distributing content that was of a size comparable with ripped and pirated movies. “Megaupload was never a file storage locker,” he said. “From its birth to its death, it was designed to benefit from copyright infringement.”

However when Dotcom was allowed to make his rebuttal, he denied all of these claims, pointing out that Megaupload had specific tools in place to prevent the spread of illegal file sharing, in-fact limiting the rewards to consumers, to only hand them out in the case of sharing files smaller than 100 megabytes, far too small for the average film. He also denied claims that his company had deleted files from free users if they weren't viewed enough. 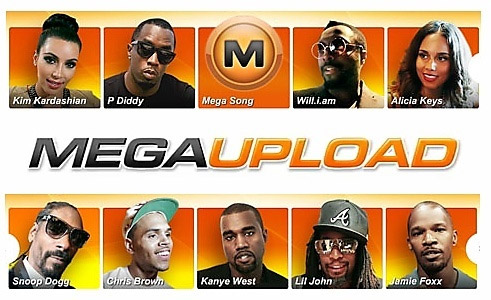 The final argument put forward by Fabrizio, was that Megaupload staff were pirates themselves and referred to themselves as such around the office, perhaps alluding to the MPAA's perusal of internal company emails; evidence that Dotcom is not allowed to view. Again, when giving the chance to address the issue, Dotcom responded with outright denial, suggesting that Fabrizio was entirely mistaken.

“One of our employees who was admin staff and a developer has chatted with our CTO and he watched a documentary called Pirates of Silicon Valley. That was a movie about Steve Jobs and Bill Gates and how they stole the ideas from each other,” Dotcom said.

“He then made this remark to [the CTO] saying we are modern-day pirates, comparing himself to the attitude those guys had, simply because they were copying from each other and we were copying from our competitors and vice versa,” he added.

Fabrizio's response was derisive, suggesting that Dotcom could say whatever he liked on the radio, since he wasn't limited to the truth. Of course that goes both ways.

When asked why he wouldn't voluntarily travel to the US by the interviewer/mediator, Dotcom explained that he had previously offered to do so if he was given access to his frozen assets and accounts, which the Department of Justice refused.

KitGuru Says: Quite an interesting face off, but it's clear talking between the parties isn't going to settle anything. The MPAA claims that Megaupload's ‘intention' was always to pirate. Since that can't be proved either way, it remains with the courts to decide whether copyright infringement or at least conspiracy to commit copyright infringement actually took place on the part of the file locker or simply its user base.

Previous Sony warns 26,000 Vaio laptops at risk of catching fire
Next UK retailers cutting down Xbox One prices even more