Kim Dotcom is still battling to get his money back

Kim Dotcom, the founder of Mega, MegaUpload, Baboom and the Internet Party, has been in and out of court for over four years now, hoping to avoid being sent to the U.S. to stand trial for various charges relating to his long-shut-down file locker operation. While he looks set to be sent there eventually, he's still brawling in the court rooms in the hope of recovering much of his forfeited fortune.

When Dotcom was arrested back on 20th January 2012, on charges related to conspiracy to commit copyright infringement, money laundering and fraud, the authorities also launched a civil suit against him, claiming many of his assets were generated through the alleged crimes.

Using fugitive law as justification, Dotcom's cars, computers and bank accounts were all seized, leaving him still well off, but hardly the ‘Mega' millionaire he was before.

Over the years since, Dotcom has spent much of his time in courts battling against extradition, but also attempting to recover those funds – much of which went on continuing his and his family's residence in New Zealand. He previously claimed that he required $200,000 NZ dollars (£95,000) a month in living expenses, though has since reduced that figure by moving out of the multi-million dollar mansion he stayed in for many years. 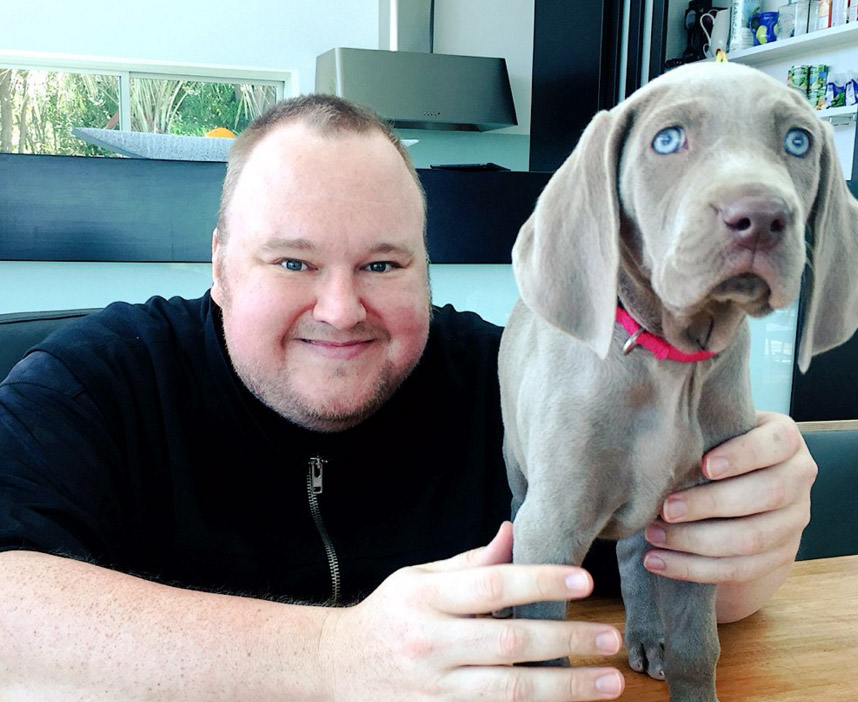 Meanwhile, Dotcom got a new puppy

But now he wants more of his money back. There is still an estimated $67 (£47) million held by the U.S. government, because of Dotcom's status as a fugitive. However the German national's lawyers are now arguing that Dotcom is not a fugitive, as he has only been legally defending his extradition so far, rather than the crimes he stands accused of.

By confiscating his assets from him, his lawyers argue that his rights to legal defence have been removed.

“The DOJ in our view is trying to abuse the Fugitive Disentitlement Doctrine by modifying it into an offensive weapon of asset forfeiture to punish those who fight extradition under lawful treaties, and a provocation for international discord,” said head of Dotcom's defence team, Ira Rothken (via TorrentFreak).

The outcome of this and Dotcom's appeal against the decision to send him and his fellow defendants to the U.S. is down to the Fourth Circuit appeals court. There is still some time before a verdict is expected, but when it comes, it could set precedent for how the U.S. acts with alleged criminals overseas, and how it uses the fugitive law to strip assets from them prior to a trial.

KitGuru Says: Any legal experts among you care to weigh in on Dotcom's chances here? He's had some serious heavy hitters lined up against him this whole time. Can he win an appeal and keep himself away from the U.S.' shores?