Surveillance, snooping, the mass collection of data and the oppressive oversight of governments around the world has been a big topic over the past year. Kim Dotcom is someone that knows about it all too well, considering he himself was spied upon illegally before being arrested with an invalid warrant back in 2012. With his new Internet Party political push however, he’s pledging to end all mass surveillance in New Zealand and make the practice illegal.

Of course it’s very easy for a party without a seat in parliament yet to make grandiose claims, just as every opposition party has done for years, but this is an issue he takes very seriously.

“Everyone should care about their basic human right to privacy. More and more people do. Governments want to engage in mass surveillance and have total citizen control. We have just woken up,” he said to The Guardian. He also said that governments would never be able to stand up to this generation of internet users and that he plans to help “abolish mass surveillance and rejuvenate politics by giving the internet generation a voice.” 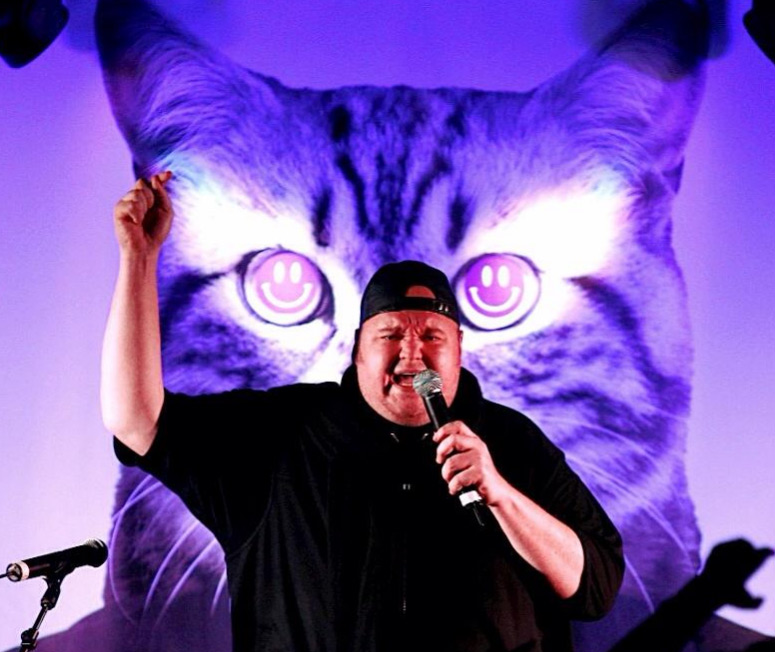 Plus, its logo is a cat

He also confirmed that he believes the Internet Party could work elsewhere. When asked if that applied to the UK, he responded “100 per cent. Someone is starting an Internet Party there.”

While of course the policies of Dotcom’s Internet (MANA) Party are a big selling point, part of the appeal is the engagement with people. Through a heavy online presence, the push for apps and interaction with party members through parties and unique campaigns, Dotcom claims to be building the political party of a new age.
“I’m just shaking my head about the incompetence of the New Zealand government in all tech and internet matters,” Dotcom continued. “They don’t have a vision for the future. They are not thinking bold thoughts like how can we double our GDP by focusing on growing our tech and internet sector. That’s where real growth is going to happen in the decades to come.

“The internet is the biggest gift to mankind and we need to protect it from overreaching governments and greedy corporations.”

Dotcom also confirmed that while his legal team worked on getting the MPAA and RIAA trials pushed back beyond that of his again delayed extradition trial next year, that he was hoping to sue the New Zealand GCSB intelligence agency for its illegal raid on his home.

KitGuru Says: I’m so disillusioned with British politicians, I’d vote for an Internet Party MP here. I can’t see one running in my county for a while, but there’s a vote waiting for it here if someone does.