Bungie opens up the Destiny beta

You don’t need to beg for beta codes anymore, Bungie has officially opened up the Destiny Beta to everyone on Xbox One, Xbox 360, Playstation 4 and Playstation 3. You can now head over to the PS Store or Xbox Live marketplace and download the beta and jump right in.

You should note that on the PS4, Xbox One and Xbox 360 you will need an Xbox Live Gold or Playstation Plus membership. However, PS3 owners will get in for free as PS+ isn’t a requirement for multiplayer on that console. 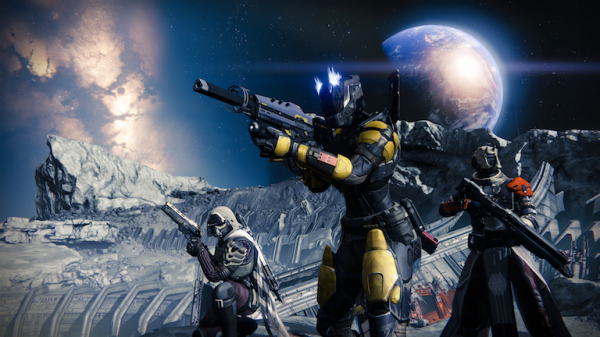 The open beta announcement was made on the Destiny blog, which acknowledged that Bungie has already received a ton of good feedback. Opening up the beta is probably going to act as a stress test for the servers to make sure they are in check for launch.

“Our work is not done. There is more we can learn. To make this happen, we need more Guardians to play. This is, above all else, a test.” The post reads. “we’re opening the Destiny Beta to anyone who wants to create a character and walk in their boots. Help us deliver the game you deserve. Before we shut this party down, we’ll welcome everyone who wants a preview of this brave new world.”

The open beta is now live so you should be able to get straight to downloading, it won’t take long to install either as it is only a 5.5GB file.

KitGuru Says: A lot of our readers are PC gamers but a lot of you guys probably have an old console knocking around or at least have access to one. Destiny hasn’t been announced for PC yet and there is no guarantee either, we also don’t know if the PC platform will get its own beta- making this the perfect opportunity to try out the game before you put your money towards it. I’ve been playing the Destiny beta and I’m hooked on it, have any of you guys played the beta yet? Will you be playing it now that it’s open to all?