When Kim Dotcom was arrested in 2012, his assets seized along with his website, MegaUpload.org, all of the servers and their files, the associated services and the data of many millions of users, it shut it down with the purpose of preventing what it saw as further piracy. But nobody expected the site to eventually be used by advertisers.

While Dotcom continues to battle his extradition and a return of his assets, the website MegaUpload.org does indeed appear to have been taking over. Visiting it is probably NSFW, so be careful, but if you do, you'll see a number of scantily clad ladies, along with links to cam sites, adult dating and personal sites and hook up services. 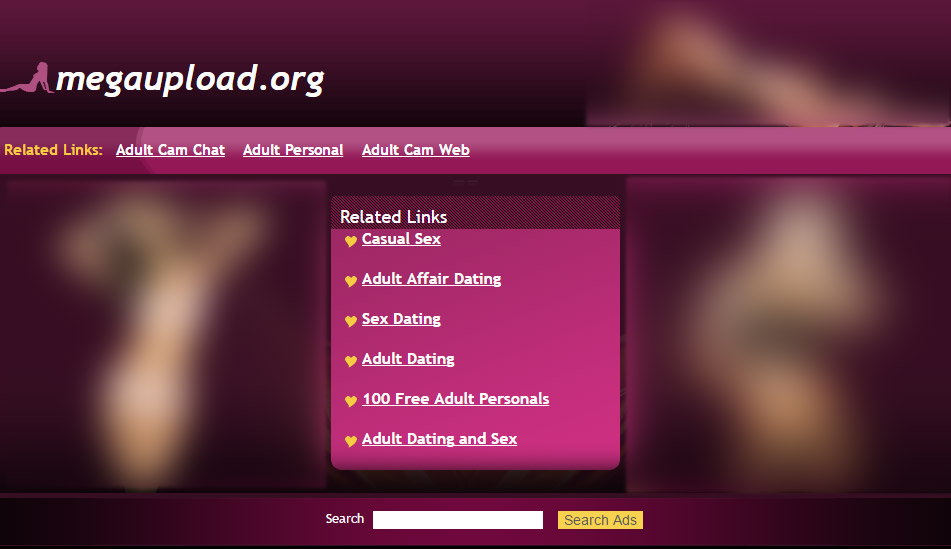 But surely the FBI still maintains ownership of the site, since it was seized?

As TorrentFreak explains, this is actually something that has happened before. All MegaUpload domains are still owned by the FBI, but they point to name servers which occasionally expire and the federal authority isn't particularly great at remembering to update them.

So when they expire, occasionally someone catches on and takes ownership, therefore making it possible to put adverts on any seized sites that point to that particular name server. Sites like MegaUpload.org.

Of course these defunct, seized and shut down domains don't exactly generate a lot of traffic, so it's not like the people who have taken control are going to generate much income from them. However it does make the FBI look rather unprofessional, especially considering Dotcom hasn't been to trial for his criminal charges as of yet, which means his property was not only seized, but is now in control by someone else, completely unrelated to his trial.

And they're making money from it, no matter how miniscule.

KitGuru Says: As much as you can see this as a simple mistake or lapse in concentration from the FBI's part – it certainly has better things to do than maintain one domain – but considering when seized, these domains should remain in its control, it does throw a bit of egg on its face.