Despite assurances that the second development kit for the Oculus Rift, dubbed DK2, would be arriving around the middle of July to the earliest of buyers, delays caused a bit of a push back – until today. We’ve just gotten word that the Oculus Rift DK2 is now shipping and that the latest SDK, 0.4.0 has been released.

Announced on the Oculus blog, the developers are promising to have as many as 9,000 DK2s in the hands of developers by the end of next week, with the other 35,000 or so following on in short order.

Oculus also wanted to apologise for the delay and thank people for bearing with it: “Thank you for your continued patience as we build more kits and move them around the world as quickly as possible,” it said. 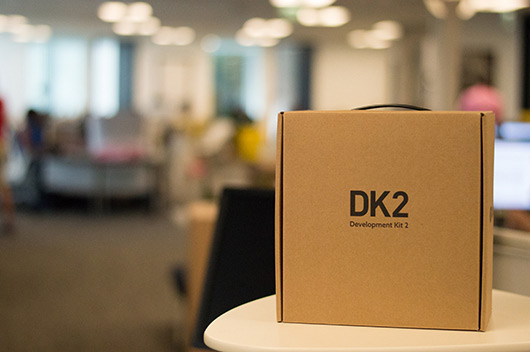 However we’ve talked about the new DK2 for months, so if you’re a fan of the technology there’s not a lot more to say, just keep an eye out for first hand experiences soon. However what is new, is the software development kit that Oculus has released along with the new headset.

This new version of the SDK brings with it plenty of new features, including official positional tracking support and a new display driver that makes it much easier to send video straight to the Rift rather than needing to extend or duplicate the main display.

Other changes include a new health and safety warning screen and an Oculus runtime that is separate from the SDK, keeping the config utility self contained.

KitGuru Says: Unfortunately I pre-ordered my DK2 late, so I won’t be able to give you guys my impressions for some time, but the release of the DK2 should mean a bunch of new experiences are coming in short order, so keep your eyes peeled.