While unconfirmed at this time, the producers for the upcoming biopic of Steve Jobs’ life, based on the book by Walter Isaacson, are interested in having Seth Rogen play the Apple co-founder and designer of both the Apple I and Apple II computers, Steve Wozniak.

The Danny Boyle directed feature already has Christian Bale set (though not signed) to play the eponymous Jobs himself, with Boyle purportedly currently invested in trying to find a female lead to play Jobs’ assistant. Currently Interstellar and Zero Dark Thirty actress Jessica Chastain is said to be in the running for the role. 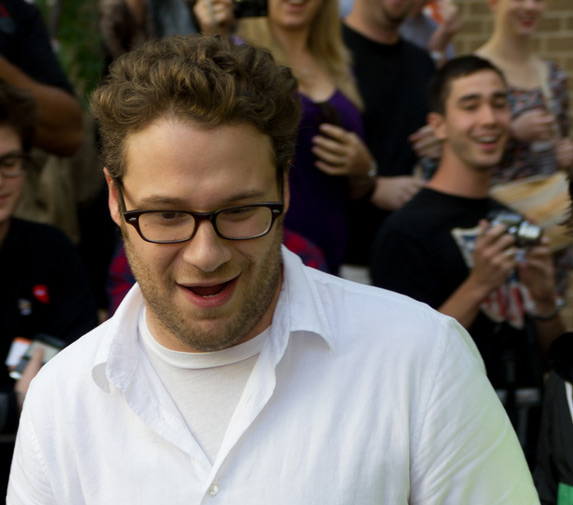 I can see it

Seth Rogen however would be making a rare dramatic performance if he takes on the role and is much more well known for his goofy comedies like This is the End and Pineapple Express. He did play the sidekick to Joseph Gordon Levitt’s cancer sufferer in 50/50, based on a true life friend of Rogen, though he was still somewhat of a comedic character there.

However fellow Apatow alumnus Jonah Hill has been praised for his more dramatic roles in films like Moneyball and Wolf of Wall Street, so there’s nothing to say Rogen couldn’t produce an excellent performance.

When released this will be the second Steve Jobs movie since the man’s death in 2011, following on from 2013’s “Jobs,” with Ashton Kutcher as the Apple founder and Josh Gad as Steve Wozniak.

KitGuru Says: Do you guys think Rogen would make a good Wozniak?