MicroStar International this week rolled-out its fifth mainboard based on the Intel X99 core-logic set that is designed for Intel Corp.’s latest high-end desktop (HEDT) Core i7 “Haswel-E” central processing units. The new motherboard features premium components, overclocking capabilities and all the advantages the X99 has to offer. However, it lacks certain functions and technologies that are required by select enthusiasts, which makes it a tad more affordable than the rest platforms for the new “extreme” CPUs. 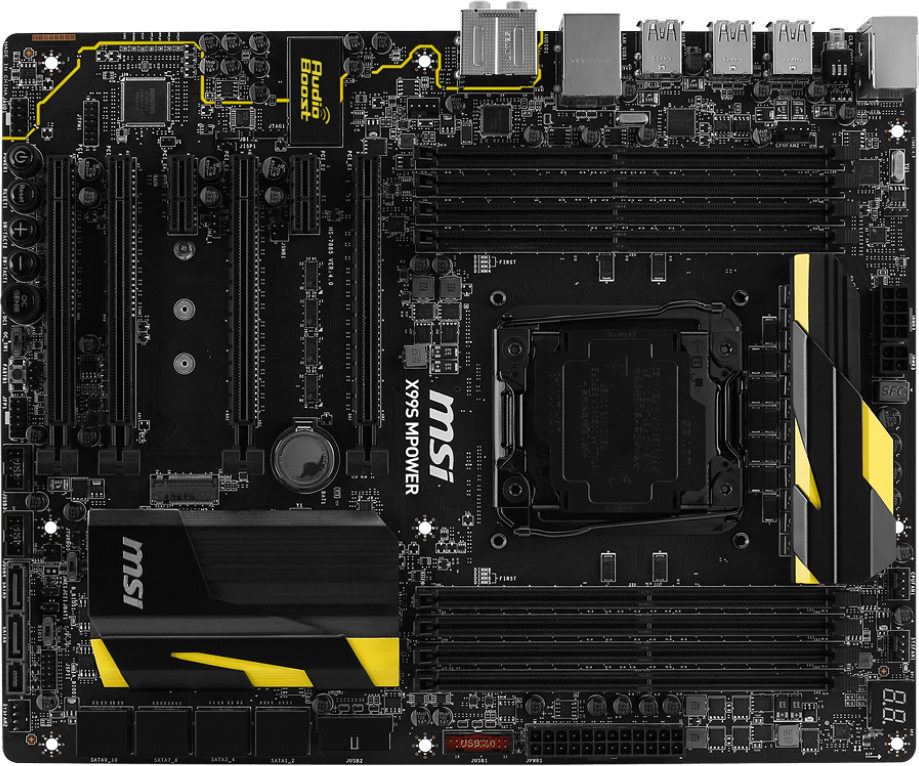 Like other premium mainboards from MSI, the X99S MPower comes with what the company calls Military Class 4 components, which includes DrMOS II MOSFETs, monolithic super ferrite chokes (SFCs), highly-conductive polymerized capacitors (Hi-C Cap, made of tantalum) as well as aluminum core capacitors with low equivalent series resistors (which MSI calls Dark Caps). MSI’s motherboards designed for overclocking are marked with OC Certified sign, which means that they have passed the test running Prime95 for over 24 hours with a “highly overclocked” CPU without airflow for the mainboard itself.

The MSI X99S MPower motherboard features all the advanced overclocking capabilities that the Intel X99 platform and the rest of the MSI X99S family members have to offer, which includes fine adjustments of BCLK, voltage checkpoints, OC Genie manual overclocking feature and so on. Still, the mainboard lacks USB port on the PCB (which is only needed by extreme overclockers who do not install mainboards into PC cases), manual adjustment of CPU multiplier using OC Genie buttons, additional fan stand, heat-pipe-based cooling system for CPU VRM and the X99 PCH (which is barely needed at all) and some other minor things. 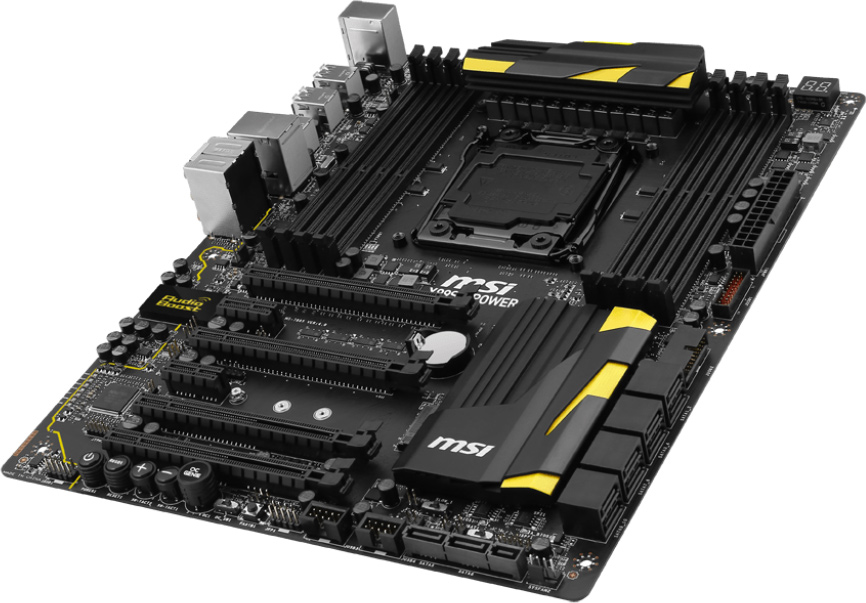 In short, the MSI X99S MPower has everything needed to enjoy Intel’s latest six-core or eight-core Core i7-5800/5900-series “Haswell-E” microprocessors, including versatile overclocking functionality, but lacks certain functions only needed for professional overclockers or extreme enthusiasts.

While the MSI X99S MPower will not be exactly inexpensive, it will be more affordable than many other mainboards for LGA2011 v3 microprocessors available today. The novelty should hit the market shortly.

KitGuru Says: The MSI X99S MPower will eventually not be the only reasonably priced LGA2011 v3 mainboard on the market. As the Intel X99 platform matures, expect other manufacturers and even MSI itself to offer something even more affordable for those, who do not need advanced overclocking capabilities.