Mr. Walter Yeh, President & CEO of TAITRA gave the closing Press conference for Computex 2017 with a bunch of statistics that show Computex continues to grow in importance. The organizers announced that 41,378 international visitors from 167 countries attended the show, a 1% increase from last year. Countries with the highest visitor growth include Thailand (30.63%), Indonesia (22.52%), India (20.86%), Vietnam (20.44%), and Russia (14.81%). 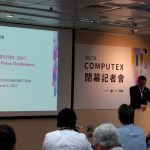 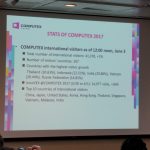 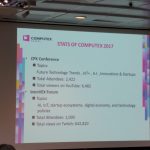 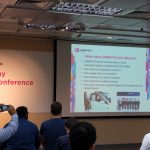 From the British perspective that might sound dispiriting or even a touch irrelevant but hold up, not so fast.

Computex actually has five strands, including Internet of Things, Artificial Intelligence/Machine Learning and tech start-ups and the gaming hardware that holds our interest is only one slice of the action. So forget the numbers – what counts is that Computex was the launch pad for Intel Core i9 and X299 and also a bunch of AMD X399 motherboards that support Threadripper.

And also a large number of RGB fans and power supplies, as you will have seen on KitGuru news reports. 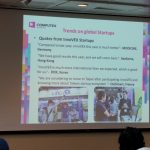 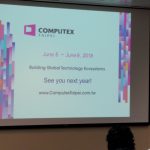 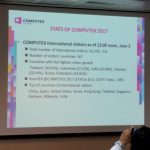 Taiwan is the home of the gaming hardware industry and is outward looking. What we see at Computex is what you, the gamer, will be buying any day soon. It was interesting to hear how TAITRA, the people behind Computex, regard other shows such as CES Asia, which is on its doorstep (relatively speaking) in Shanghai, China. CES Asia is geared at selling into China whereas Computex is global and looks outwards to the rest of the world. In the same spirit TAITRA works in conjunction with CES in Las Vegas and is due to work with TechCrunch.

In fact the only loser in the current circumstances is CeBIT in Hannover, Germany which recently announced it is moving the next show to mid-June 2018. The next Computex will run from June 5th to 9th 2018 so there is absolutely no chance of any new PC products launching at CeBIT 2018, exactly as we predicted.